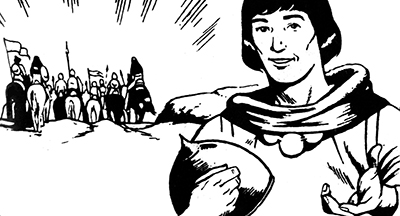 Sometimes you just can’t go on business as usual. You have to keep books with your soul and ask yourself, “Am I still doing what I know and believe is His highest and best?” Not what His best was last year, but is it still His best now? I guess this is true for everyone. But I know it’s true for a person who’s endeavored to dedicate their life to the Lord.

God is a moving God, in a sense. He’s never static; He’s always going, moving and affecting change in every sphere of His creation. It’s been that way from the beginning. His Spirit is in the process of changing lives, changing hearts, changing situations. He’s never static, except for Himself. “I am the Lord, I change not.” (Malachi 3:6) 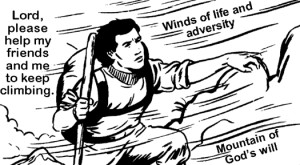 But, boy, He likes to get things moving and shake things up. One time God said to Moses, “Why are you crying to me? Command the armies of Israel that they go forward.” (Exodus 14:15) And He’s still saying that today, urging the forces of God to go forward in these times as well. Of course I’m not talking about physical armies of worldly nations. I’m talking about the called and faithful few who will follow the Lord and serve Him in these bedarkened times.

But you can’t go on last year’s battle plans. You can’t rest on your laurels or think you’ve arrived. Solomon said, “There’s no discharge in this war” (Ecclesiastes 8:8). Yes, it is a war we are in, not of carnal weapons and vain, worldly nationalism but for the eternal souls of men to be won to Him. Paul told Timonty that he should “war a good warfare” (I Timothy 1:18).

And when an army ceases to attack, it will be defeated. Because the enemy will launch a counterattack. Or even worse, and what more often happens to Christians, the army’s immobility and it lack of vision, faith and initiation will cause it to have a loss of faith in its own values, and to quit and give up without even loosing. In the cause of Christ, this is far more often the cause of defeat than the soldiers of the cross actually being defeated in battle. This is what I wrote about recently in “The Serpent and The Dragon.” 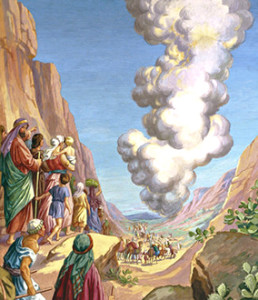 But sometimes we come to a turning point in our ministry. You can just feel it. It’s something that the people of God have experienced almost invariably throughout history. Just like the way God operated with Moses and God’s people in the wilderness, the cloud and pillar lifted from the camp of the saints and moved forward. God’s presence has moved again and it’s up to us as individuals to break camp and follow where He leads, if we still will.

Of course some don’t. They’ve gone as far as they want to go. They want to just stay where they’ve come to and settle down there, enjoy the fruits of their labors and just take it easy for a while. Or the opposition is too strong, the price to great and they “turn back in the day of battle.” (Psalm 78:9) 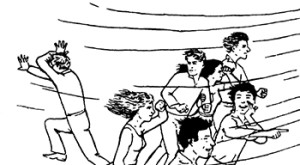 It certainly seems to be a “reasonable” thing to do and who would blame you? “You deserve it”, like people say nowadays. But certainly the battle is not over; the war is not won.

Someone who has always been an inspiration me in the Bible was Caleb, the brother of Joshua. When it finally came time to conquer the land, Caleb by that time was fully 80 years old. It says of Caleb that he led his tribe and 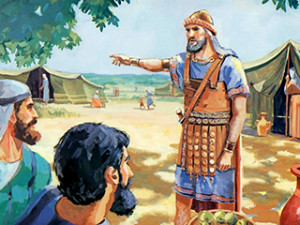 people up into the mountains and hills to take his part of the land God had told them to take back then. At 80 years of age, he led his people into battle.

I don’t know very many people who are 80. I’m not really close to that. So I figure I still have a ways to go for the Lord. I need to find out where He’s leading now and the road up ahead. For me, it’s looking like He’s leading me back to foreign lands, after being here in my home country for nearly 6 years. It would be so easy to just settle down here. I like where I am. I like the weather, I like the nature, it’s kind of nice here.

But for me, that just won’t work. I know I have a call of God in my life. I know that I would be miserable and out of God’s will, out of His protection, out of what my life has been about if I don’t keep following the Lord where He is leading me at this time.

For me, the question hasn’t been, “Why are you going?” It’s been, “Why should you stay?”

Every time I’ve put myself into His hands to follow where He leads, the Lord has blessed it. Often there’s some sacrifice of some kind, often some uncertainty and sometimes even loneliness. But there have been tremendous blessings involved and I’ve been able to be a part of what the Lord is doing and to see His continual hand working in the lives of those who desire Him. 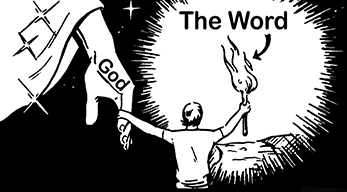 So I’m right at the cusp of some really major moves and changes. It’s challenging, daunting and almost foreboding in some ways. But like someone said one time, “Put your hand into the hand of God, and He shall be more to thee than a light, and better than a known way.”