Maybe you’ve heard the phrase, “pinnacle experiences”, those rare moments in life when you feel like you’re on some kind of spiritual mountain and see things that are almost eternal, truths you almost never realized before. For many people, this is a once-in-a-lifetime experience or perhaps a few times at most. You’re lifted above the mundane, the routine, the trivial, and you briefly glimpse eternal realities. 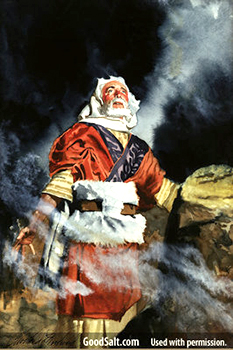 Perhaps not many in history more fully experienced that than Moses of the Old Testament. He literally was called up into a mountain to hear the very voice of God and to experience the very presence of God. We are told this went on for 40 days. Of course most of us have no way we can relate to that. But many of us have had “mountain peak” experiences, moments of clarity, purity, fullness of truth when we feel we see eternal things and understand things we almost never do.

And Moses was told, “See that you make all things according to how it was showed you on the mount” (Hebrews 8:5). And it’s still the same today. Those “mountain peaks” of truth the Lord lets us see glimpses of perhaps only a few times in our lives, those glimpses of how things can be, how things are in the hereafter through the Spirit of God, those are the ways of heaven that He wants us to emulate here on earth. I’ve had a few times like that and I’ve written about them in the category “Angels and Miracles“. 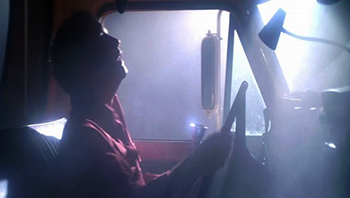 There’s an old movie that has become very famous, ‘”Close Encounters of the Third Kind”. One of the main characters, Richard Dreyfus, has a “close encounter” with a UFO which comes to hover over his truck as he drives around to fix power lines one night. His life is utterly changed. It’s like some kind of message or imprint has been made on his soul. He just keeps duplicating “what he saw on the mount”, what he experienced in those few moments with the UFO. He isn’t really the same person he was before, because of the mountain peak experience he had with the UFO.

This to me has always been a parallel of how it is and can be with our experience with God. Many of us have had a moment in the stillness, in the presence of the supernatural Spirit of God. It could have been a dream, it could have been in prayer, it could have been in reading His Word when the affairs of this life drop behind you, you are away from secular things and on the mount with God, even if for a moment.

And I believe that the same way God told Moses to do all things according as it was shown him on the mount, He says the same to us today. Jesus said, “Blessed are the pure in heart for they shall see God” (Matthew 5:8). Sometimes there are moments when we “see God”. It doesn’t happen all the time but it does happen. And if we hold on to that, if we retain and treasure in our hearts those moments with Him on the mount that He gives us, then we can bring that essence down from the mount, as Moses did.

It says that Moses’s face shown and glowed so much when he came down from Mount Sinai that he had to put a veil or covering over his face because he glowed with the light of God right then. That’s for us too. If we remember our paths to the mountains that He has taken us to, then we can “come boldly to the throne of grace, that we may obtain mercy, Those mountain peaks don’t have to be once-in-a-lifetime experiences. Maybe they aren’t everyday things. But the influence, the change, the glory, the infusion of His mighty Love and Light can remain with us and we come back to this world as Moses did when he came down from the mount.

And some of us now look forward to a future very near when ancient Bible prophecy will be fulfilled in the current events of the times we live in. Jesus spoke of “great tribulation, such as was not since the beginning of the world” (Matthew 24:21) which would come immediately before His return to earth. Many Christians wonder about and even fear those times soon to come. But if ever we’ll need to don the strongest anointing of His power and grace, it will be those future endtime days to come. Our greatest protection won’t be carnal weapons or political responses. It will be drawing nigh to the Lord in obedience, prayer and acceptance of the mighty grace He’ll have for us at that time. For “where sin abounds, grace does much more abound“. (Romans 5:20)

Then we can “go about everywhere doing good” (Acts 10:38), as Jesus did. We can be “instruments of his peace”, that Saint Francis prayed he would be. We can bring that imprint of the mountain back to this dark, sad world and be the light He has called us to be.

“See that you do all things according to how it was shown you on the mountain” (Hebrews 8:5). May God help us to remember those mountain peaks of experience He gives us, to live in those moments, even if they’re now memories, and to let others see that heavenly realm in and through us. “Let your light so shine before men that they may see your good works and glorify your Father which is in heaven” (Matthew 5:16). “Now when they saw the boldness of Peter and John, and perceived that they were ignorant and unlearned men, they marveled and they took knowledge of them that they had been with Jesus.” (Acts 4:13)