Maybe it’s because we live in the endtime. Jesus said of those times, before His return, “Because iniquity shall abound, the love of many shall wax cold.” (Matthew 24:12) It sure seems like that’s how it is in many places today, the love of many has grown cold. And friendliness also is just less present than in the past.

One of the things I like about living in Austin is that, so often, people here are simply friendly. The Bible says, “A man that has friends must show himself friendly, and there is a friend that sticks closer than a brother”. (Proverbs 18:24) Friendliness and friendship are things that are easy to take for granted and not notice much. But for so many people, friendship is really important and often very lacking. 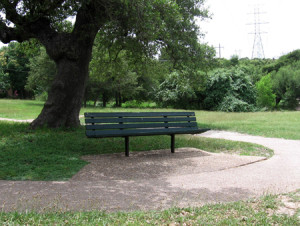 Today I was out at my favorite bench where I often go to get away from things a little. And also to have a little prayer time. Some people walked by that I didn’t know and they smiled and we exchanged a few words. What’s so unusually about that? Well I can tell you that doesn’t happen just everywhere. Some places people don’t greet each other on the street and there’s just a good deal less open friendliness in some parts.

But friendship is actually a big deal. Jesus told His disciples, “I have not called you servants but friends” (John 15:15). The Lord wasn’t some austere, ascetic, hyper-spiritual  guru. Evidently Jesus was an exceptionally warm and kind man. And still He was the Son of God. So that whole thing of warmth, friendliness, being approachable, being “without guile” has always seemed important to me.

I’m all for spirituality. “To be carnally minded is death but to be spiritually minded is life and peace.” (Romans 8:6) But there’s a temptation there for some to get really “spiritual” and somehow this can turn into a lofty, cold aloofness or spiritual attainment. Inadvertently it can leave behind the simplicity of friendship, spontaneous kindness and inclusiveness. 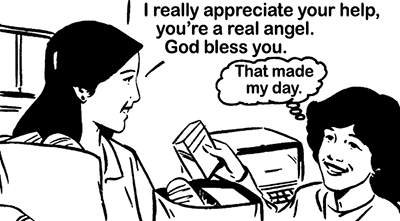 I heard someone say onetime about how they loved someone but they didn’t like them. And then I heard another man who said, “We not only loved you, we really liked you.” I  thought about that. Have you ever had someone who you felt “loved” you but they actually didn’t like you? It’s a funny feeling. It almost seemed like they were fulfilling some kind of religious obligation they felt to love you. But personally they didn’t like you. It’s uncomfortable to be in situations like that and it’s happened to me as a Christian.

Paul in the Bible was not only a towering spiritual presence, it seems like he was a genuinely warm and friendly person. He said to the Thessalonians, “So being affectionately desirous of you, we were willing to have imparted to you not the gospel of God only, but also our own souls, because you were dear to us.” (I Thessalonians 2:8) Paul really liked them. It wasn’t just a religious duty that drove him.

You might wonder “What does friendship have to do with the endtime?” I can tell you, from my years on the mission field, that in some of the tensest moments crossing borders or responding to hostile situations, it was the warmth, love and friendliness that the Lord moved me and others to have in those situations that defused anger and melted hearts. And of course there was some pretty strong but silent prayers that were going up at the same time.

For me, friends are important. I just hate to lose friends, for whatever reason. Sadly that kind of thing does happen. Solomon said, “A brother offended is harder to be won that a strong city, and their contentions are like the bars of a castle.” (Proverbs 18:19)  Friendship is such a precious thing and I think therefor the devil just loves to throw a monkey wrench into the city of our fellowship and our friendships, sowing misunderstands, contention and just the division that is Satan’s specialty.

But friendship is of God; it’s important and very precious. It even says of Abraham, that he was “the friend of God” (James 2:23). Imagine that, to be God’s friend. That’s actually a good way to look at God. We need to fear, respect and reverence the Lord and treat him like the king He is. But also, for me, I often just need to talk to God as my best friend, someone I can be honest with and real. I think that for many in this world, simple warmth, friendliness and friendship are getting harder and harder to find. Of course you can say that friendships like that can be sometimes shallow and trivial. Well, we need both kinds. We need just simple friendliness like I encountered in the park today. But we need the kind that Solomon spoke of, “the friend that sticks closer than a brother”. (Proverbs 18:24)

What to do? Be friendly, “show yourself friendly”, don’t drop or forget your friends who may need you more than you realize and be deeply hurt if you stop communicating with them. I heard someone say one time something so simple, but so true, “What everybody needs is love. If they don’t find it here, where are they going to find it?” And certainly the same can be said for friends and friendliness. It’s in decline. Lord help us to be warm, loving and friendly.