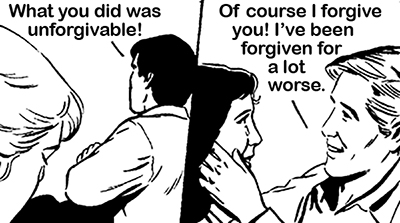 A long time friend from Scandinavia wrote me: “Should we as Christians forgive those who’ve hurt us, even when they don’t care and would do it again? I’m familiar with the Scriptures and the standard answer. But is it supportable if you look deeper into the issue? God does not seem to forgive before there’s been an admission of guilt.“

So I wrote him back: Hi and thanks for your note about forgiveness. It’s a huge and deep subject, like an 800 pound onion you just keep peeling back layers of. Like you said, you know the verses, even in the Lord’s Prayer. “Forgive us our trespasses as we forgive… “ (Luke 11:4)

But then also, as you said, there are other verses like where Jesus said, “If your brother trespasses against you, rebuke him and if he repents, forgive him.” (Luke 17:3) It seems from that verse that there’s supposed to be a repentance involved.  It’s not meant that we can just sweetly let someone walk all over us while we just keep forgiving them and doing nothing. Like I said, it’s deep. Jesus said, “A strong man armed keeps his goods in peace.” (Luke 11:21)

And just on the human level, all those facets from the Word do come into play. I know that forgiveness in general is the first reaction we should have. Holding grudges and bitterness is very human but it’s not the Godly path. 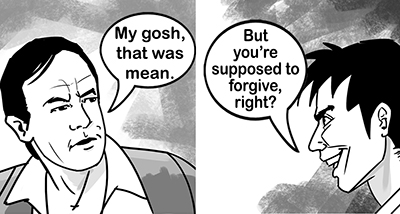 But what happens if someone wants to take advantage of our conviction to forgive? They have no repentance at all or twinge of conscience and they briskly tell us that we should just forgive them as they continue doing real wrong. Well the Lord did say that “if they repent, forgive them.” It’s like another verse, “Godly sorrow works repentance to salvation, not to be repented of.” (II Corinthians 7:10) If folks are genuinely sorry and ask for forgiveness, then of course we’re bound to forgive them; that’s clear.

But I do understand where you’re coming from. Some folks just have no twinge of conscience at all and then they can even have the gall and nerve to tell us that we should just forgive them. Often this just seems to be a ploy or device they try to use to try to get us to drop our guard so they can whack us again with their painful actions or words. What do we do then? 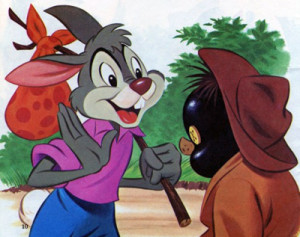 Well, for one, like I wrote in “The Tar Baby”, some things and even some people seem to be nothing but a kind of human “black hole” which just will suck the entire life out of us if we don’t watch out. At times like this, I feel this is where the verse applies, “Go from the presence of a foolish man when you don’t perceive in him the lips of knowledge.” (Proverbs 14:7) Sometime you just have to withdraw yourself from someone’s company or circle when they’re continually doing things that are wrong and hurtful to you and they have no intention of stopping it, repenting and asking for forgiveness.

And on a deeper level, here’s another reason why it’s still good to forgive and move on. Because if you don’t forgive, those folks will not only have messed up your past and present, they’ll have stolen your future too. If you don’t forgive and move on from that situation, you will quiet possibly keep mulling it over in your mind, rehearsing the injury and hurt you received. Then often the next thing that happens is that you’ll be bitter about it. And that way you have that poison working around in your system which can last for years and ruin your future because of the sins against you committed by someone in the past. 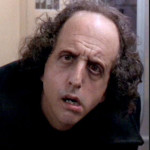 So even just for your own sakes, even if you feel they don’t deserve it and haven’t begun to repent at all, it’s still good to forgive and move on, just for your own sakes. I could add here that I wrote (what was for me) a pretty major and personal article on this subject some while back about how that, if you don’t forgive and you carry that unforgiveness with you into the afterlife, it could be pretty bad. The article was called “Ghosts”. It was kind of scary.

But you may say, “They don’t deserve forgiveness!”

Maybe not. But in the final analysis, God is the judge, not us. “Vengeance is mine, saith the Lord, I will repay” (Romans 12:19). If they deserve judgment, God has ways of seeing that this happens, either here or in the hereafter. “Be sure your sin will find you out.” (Number 32:23)

There’re easily another 20 pages that could be written here but perhaps this is a short synopsis. I’ve sure had some folks who have been mean and cruel to me and just plainly didn’t like me. But if I kept all those things in my heart, then that would crowd out the good things the Lord wants to be there so I can continue to live for Him and to go forward in His service. I just don’t want to let those past experiences define my life and thoughts for years to come; that would be a double dastardly deed and I don’t want to let that happen. I hope this is some help. Thanks for writing. Your friend in Him, Mark