Home » The Future and Endtime » Tea & Endtime with the Kurds

Mar 13, 2015 · by Mark McMillion · In: The Future and Endtime, Basic Christianity, Current events, My past 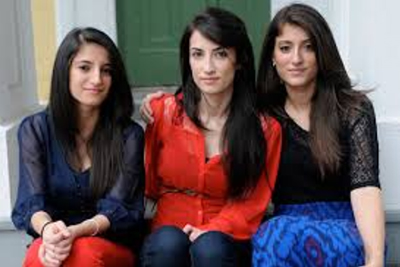 My friend and I were sitting in the office of a Kurdish business women. We were over in her neck of the woods, not in the West. And my friend had told me that in his conversations with her at other times, quite often the subject had turned to the events of the endtime, predicted in prophecy. By the way, the picture here is one I found on line of Kurdish women, not of the ones we met.

“So, Mark, the Kurdish woman was an evangelical Christian?”

No, she wasn’t. In fact when we first got there, we had to wait for her as she was having prayer, something many Muslims do 5 times a day.

“Were she and her friends covered from head to toe in black and all you could see of her was where there was a slit for her eyes?”

No, actually they were all dressed completely casually and looked like everyday folks from northern Italy.

“Mark, that doesn’t make sense! How could she be someone that carries on a conversation about the endtime if she was a Muslim?!”

My friend who took me to her office said that all she knows about the prophetic endtime is what she’s learned about it from the Koran and what my friend has shared with her. Yes, there’s plenty about the future to come in the Koran that has some definite parallels to the same narrative we find in the Old and New Testament, and quite a few Muslims know about this.

I spoke about this in my video on Daniel chapter 7, how that Muslims know specifically about “the dejjal”, the name in the Koran for the Antichrist, spoken of as a demonic world leader who will arise in the final years before the return of Jesus. 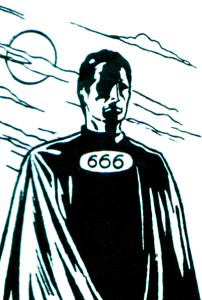 This is also explained in the Koran. That may be surprising news to some who read this. Here’s the text and illustrations to the Daniel 7 class if you’re interested in knowing more about this.

So while drinking tea with her and her friends, one of the things we talked about was “the mark of the beast”, predicted in Revelation 13:16 & 17 as being a part of the world economic system of the final days. We talked about how this type of thing was not really possible for 2000 years. But now in our times virtually every product has a bar code. And we shared with our friend how that it would be just as easy to implant some kind of chip in each individual so that he could be scanned for each economic transaction and kept up with electronically in an almost complete way. We told her that this was prophesied many centuries ago as a sign of the final years at the time of the “great tribulation” (Matthew 24:21), before the return of Jesus. 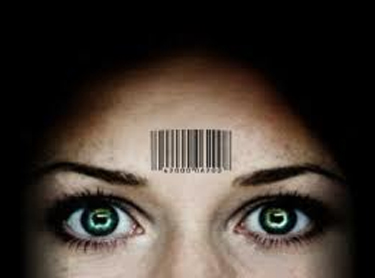 This was not the first time my friend had talked with this Kurdish business woman and her friends about this. But it was a way to share with her the vision of the future from the Bible which she already knew a good deal about, from her study of the Koran. She said, as we discussed the overall endtime picture of possibly needing to draw back from the large cities if a world government took over, that she felt she could be safe in some of the smaller villages she knows where Kurds are the majority. And that’s a similar conclusion to what many in the West have come see as a way to survive if an Antichrist world rule comes in our lifetime. Some may need to “flee into the wilderness” (Revelation 12:14), as the Bible says some will.

Another of my friends later told me that this is one of the easiest ways to enter into conversations with Islamic people, by talking about the vision of the future to come and what the prophets and writers of the Old and New Testament were shown by the God of Abraham about that time. So it was a wonderful day, sharing faith and truth that I’ve learned with someone hungry and receptive to the same truth.

By the way, you might wonder why I’m not being more specific and detailed about the name of the woman, her city and things like that. The reason is that in some parts of the world, a “Christian” way of looking at God, Jesus and the Bible is pretty controversial and even outright dangerous.

In some countries you can be thrown out of them if you’re known to be sharing your faith in that way. In other countries, it can get much worse, not always from the governments but just from local people who “take the law into their own hands” or who are motivated by ancient animosities to see you as an enemy of their society. In those circumstances you learn quickly to be a good deal less specific when sharing news of what the Lord has done, both for your own sake but also for the sake of your friends.

But it’s a wonderful life. It’s a wonderful and thrilling to have a conversation with people like my friend and I spoke with today, ones who have such a genuine hunger for the things of the Lord and such believing hearts to grasp and retain what we shared with them.

So I’d encourage you to not be afraid to step out and share your faith and what you know with your friends who might have an Islamic background. You might find it a very interesting and rewarding conversation, just like we did, even if you have to wait till they finish praying.