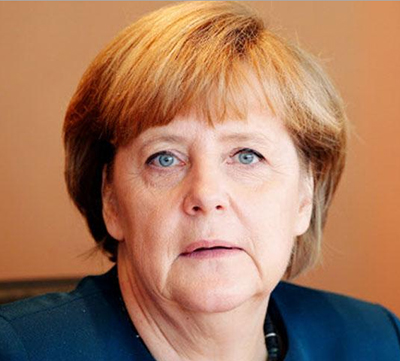 According to my German friends, the Prime Minister of German, Angela Merkel, was asked the other day by reporters about what horrors would come from the influx of people from the Middle East into Germany and Europe. What I’ve been told is that the Prime Minister replied that the people of Germany should get out their Bibles and share their faith with the refugees coming to (at least nominally, somewhat) Christian Europe.

How can you respond to that? Stunned silence? Probably that was the response of a number of people there. But someone should have jumped up on a chair and yelled, “Give that woman a cigar!” 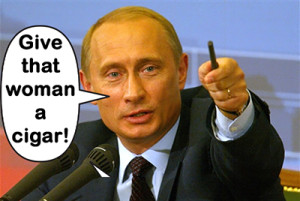 Maybe you’re not from Europe and don’t have the perspective to realize how unusual that is, at least in my opinion, to be coming from the leader of the most powerful country in Western Europe.

Of course she’s totally right. I certainly think so. It’s kind of like stating the obvious. But it also sadly reminds me of a Bible verse I read shortly after I became a Christian that seemed to sum up what my life had been like for years before I had the stunning experiences that brought me out of my unbelief.

Psalm 10:4b says “God is not in all his thoughts.” That was how I was for years; any thought about God never entered my mind. And sadly it seems that for many west Europeans, they’ve been in that condition for decades. God has not been in all their thoughts. That’s why it’s been called “Post Christian Europe”.

So it’s against that backdrop that Angela Merkel has called for Christians to get out their Bibles in response to the challenge of Islam that’s come with the influx of refugees. But, here’s something else I didn’t know till yesterday. Angela Merkel, who’s originally from what was Communist East Germany, is the daughter of a Christian pastor. And if you’re the daughter of a Christian pastor during the time of Communism in East Germany, then your faith in God and in Christ was not something cheap or frivolous. It cost something to have faith in God in those times. And it especially cost something to be a pastor there.

But of course the question is, will anyone respond to Merkel’s call? I’m sure some will. A few dozen, a few hundred even. Maybe more? Actually, you’d be surprised. God can do, and has done in the past, some real miracles with even a few dozen or a few hundred. Jonathan and his armor bearer took initiative against the greater Philistine forces and were the initiators of a great victory for the people of the God of Abraham. Jonathan famously said, “God is not limited by many or by few.” (I Samuel 14:6)

But, honestly, I don’t even like to begin to use any terminology on this subject that is infused with terms of battles and wars. The whole sad story of current events now with these poor people is so drenched in terms of conflict. Also history itself is packed with the terminology of the Crusades and all those wars so that it really colors the whole dialog on Christian-Muslim experience. As a Christian, I find that thinking of “fields”, of “sowing” and “seeds” is much closer to the words of Jesus than all our analogies of warfare and victory, even if we know we’re speaking spiritually. 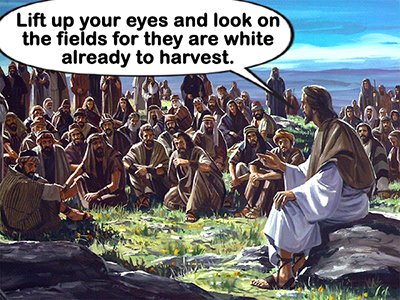 It says of Jesus, “When He saw the multitude, He was moved with compassion upon them, for they fainted and were scattered abroad as sheep, having no shepherd.” (Matthew 9:36) Then He turned to His disciples and said to them, “The harvest truly is plenteous but the laborers are few. Pray, therefore, that the Lord of the harvest will send forth laborers into His harvest.” (Matthew 9:37 & 38) At another time in another place, He said to His disciples, “Do you not say that in four months will be the harvest? I say to you, lift up your eyes and look on the fields, for they are white already to harvest.”  (John 4:35) And of course we all know that in those times, Jesus was not talking about wheat, barley and rye. He was talking about the harvest of souls that were fainting and scattered abroad as sheep having no shepherd. He was talking about a harvest of human souls that was already “white unto harvest”. 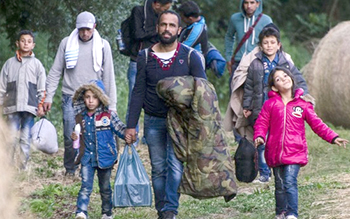 It may very well be, and I am convinced that it’s true, that this migration of people out of the Middle East into west Europe is an unprecedented opportunity. The Christians of Europe can get out their Bibles and their tracts, fill their hearts with the love of God and go out to meet these ones who have come here. One time Jesus said, “Go out into the highways and hedges and compel them to come in, that My house may be full.” (Luke 14:23) And that’s literally where thousands of these people from the Middle East are now, in the highways, hedges and open fields of Europe as they trudge north to try to find peace.

Boy, that would be news, wouldn’t it? If bands of Christians rose to this occasion and “let their light shine before men“? (Matthew 5:16) Do you think God would be with Christians who went out to share His love with these ones? So the question seems to be, “Who will answer Merkel’s call?”