Mar 25, 2016 · by Mark McMillion · In: Angels, Miracles and the spirit world, Basic Christianity, Insights, My past 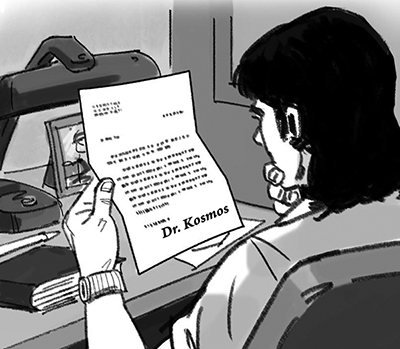 You’d think an incident like that would be all that it would take to utterly get me turned around and straightened out once and for all. But it wasn’t. I had many rises and falls, many missteps and hesitations, even what could be called backslidings. 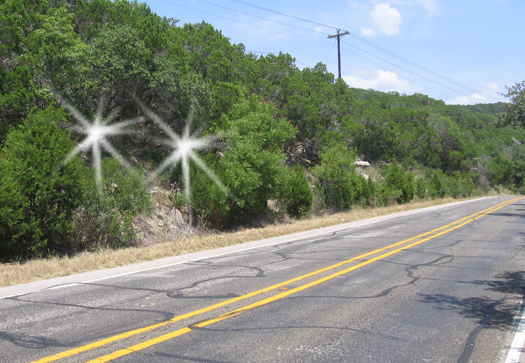 I wrote about one of those in “Lights on the Road”, where I had a car mishap that should have surely taken my life when I was back in sin again. But the Lord saw fit to make things happen otherwise through the intervention of what certainly were angels who manifested themselves.

Tonight I was thinking back to those first weeks and how utterly astounded I was, flabbergasted, utterly mind-blown at the reality of the existence of the God of Abraham. It might be easy for you to think, “if that happened to me, I would so much straighten up and fly right”, as my dad  used to say. Maybe you would but I didn’t. It really took a lot to get me even to the point of receiving Jesus as my personal savior.

In the first days and weeks after I had the incredible breakthrough just before I was 21, I had a strong feeling in my heart that I should just leave everything behind and start traveling with a backpack as so many young people were doing then. I strongly felt that I should travel towards Houston, Texas and then on east towards Atlanta. I didn’t really know why but later I found that some of the Jesus People who led me to the Lord were in those areas at that time. But I didn’t know that. 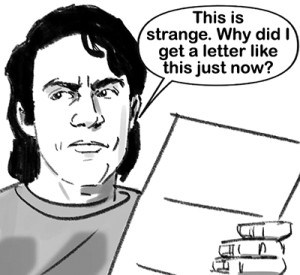 But I did determine that this was what I should do and I began to make preparations. I had flunked out of university, mostly because of my fallen state through drugs, debauchery and a lack of vision for “useless and pointless knowledge”, as Bob Dylan had described higher education in one of his songs. I was on the right track at last, trying to move with a new impetus from the Spirit of God and a specific leading to travel, going out “not knowing whether I went” (Hebrews 11:8), rather like Abraham.

But then, the Devil entered the scene again. I got a letter from my university. (This is going to be hard to believe but it really happened.) In those days, if you flunked out of university, you were very likely to be drafted almost immediately to go fight in the war in Viet Nam which was raging at that time. And I’d flunked out so I would shortly be eligible to be drafted.

A letter arrived from my university. They told me they were going to give me another chance. I could come back for another semester and try one more time. Sounds good, no? Only, in my case, God had saved me from hell and He had greater plans for me than “finishing my education” at university. He had a whole new life ahead of me, from Him.

But here’s where it really gets good. I was reading this letter, telling me I could reapply to the university. And I was thinking, “I’ve already made a decision to just leave everything and go out traveling in the direction the Spirit of God is leading me, towards Houston and Atlanta. And now I get this letter. Hmm.”  But here it comes, wait for it…. 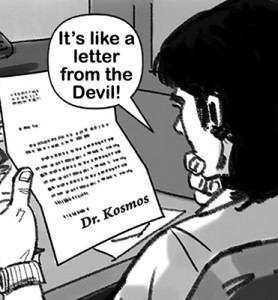 The letter from the university was signed by… Dr. Kosmos. Even with my extremely limited knowledge of spiritual things, I knew that “Cosmos” was the Greek word for “the world”. Like the verse that says, “Love not the world.” (I John 2:15) So I nearly dropped my teeth, as they say. I practically could smell the sulfur and see the horns peaking up behind the letter I had received. I’m sure there was a literal “Dr. Kosmos” who had sent me this letter from the university. But I was able to see by the Spirit that this was a message from Satan, luring me back into the world after I’d begun to be set free by God to follow Him.

Good for you Mark! You really recognized the enemy there! And you stood your ground and didn’t yield, right? 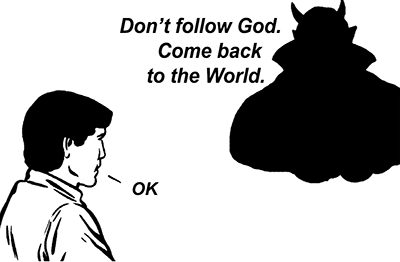 Nope, I was weak and fell for it. Even though by the Spirit I recognized this as an allurement of Satan to hinder me from following the Lord the way He was leading, I still didn’t have the faith and strength to go against this back then and I went back to university.

So you failed God! Again, Mark! And He sent you to Hell, right!? You failed Him over and over again, practically at every turn and here you did it again! He killed you that night as you rightly deserved, no?!

Not actually. Back at university in the fall of 1969 I experienced what I wrote about in “Terrorist Infiltrators”, getting to know some of the top revolutionaries in the USA back then, working on 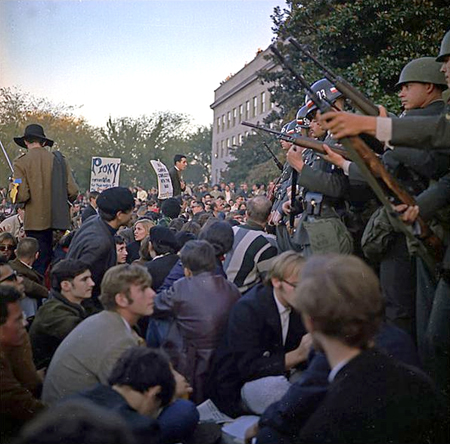 the main underground newspaper in Texas at the time and being in the leadership of a major demonstration on my campus. At the end of that semester I was still alive. I had flunked out again, had stopped using heavy drugs, was still reading my Bible every day and praying all the time. Again the Lord led me to just leave it all behind, “forsake all”  (Matthew 19:29), and to journey in the direction He’d originally told me to go. That finally happened. And soon I met those Jesus People and came to the day where I received Jesus as my Savior, beginning this wonderful life I’ve had for so long.

If you get a letter from “Dr. Kosmos”, giving you “one more chance” to make it in this world’s systems of man, as opposed to God’s will for your life, maybe you can remember this story. “You shall worship the Lord you God, and Him only shall you serve.” (Luke 4:8) “My son, if sinners entice you, do not consent.” (Proverbs 1:10)