Oct 6, 2016 · by Mark McMillion · In: Angels, Miracles and the spirit world, Daniel videos and texts, The Future and Endtime

Last Sunday I shared a class on Daniel chapter 10 with an adult Sunday school group I attend in Austin, Texas. I made an audio recording of the class and an edited 35 minute version of it can be heard here. In the class we have been going through the prophets in the Old Testament and they wanted me to do the prophetic chapters in Daniel. We completed those chapters through Daniel 9 and the Sunday before we watched the video I did in 2014 on Daniel 9:27. As some of you know, Daniel 9:27 is one of the most important verses in the whole book of Daniel and, perhaps it could be said, in the whole Old Testament.

I’ve often shared in my video classes what Jesus said in Matthew 24 when He was asked about His return. 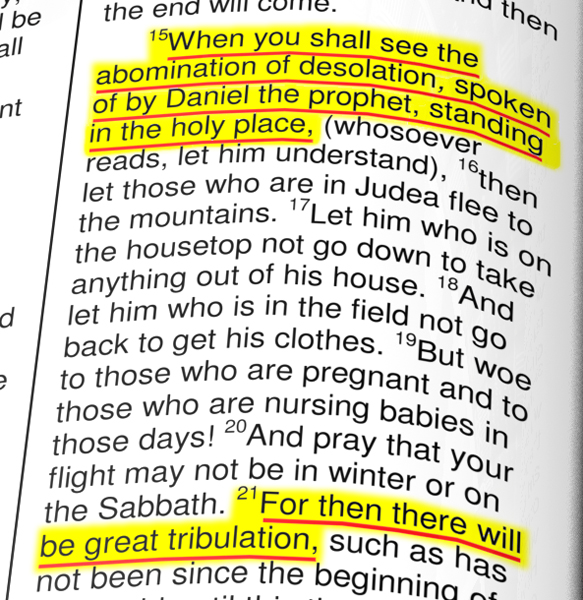 One of the most pivotal verses in the chapter is Matthew 24:15 where Jesus said, “When you therefore shall see the abomination of desolation, spoken of by Daniel the prophet, standing in the holy place, whoso reads, let him understand.”

And He went on to say in verse 21 that “For then shall be great tribulation, such as was not since the beginning of the world”. But what exactly is Jesus referring to there in Matthew 24 that we should read in the book of Daniel? It seems this is not too often spoken about or pursued, even though the Lord put so much emphasis on it.

The video on Daniel 9:27 explains about this a good deal. But specifically, the clearest verse on this is found in Daniel 11. And as we found in our class on Daniel 10 last Sunday, the last 3 chapters in Daniel, 10, 11 & 12, seem to be all one event, unlike the first 9 chapters. The narrative flows from one chapter to the next in these last three. It seems that since it was all so much longer than the other narratives, the people back in the 1600’s or 1500’s who divided the Bible up into chapters and verses made this section into 3 chapters.

Actually, this is not specifically a prophetic chapter. But Daniel chapter 10 sets the stage for the archangel Michael’s message to Daniel in chapters 11 and 12. And it contains one of the most amazing glimpses in the Bible into the spiritual world and the battles going on there between the angels of God and the demons of hell.

Daniel tells us that he had been fasting for 21 days. In the class we took note of the fact that almost certainly Daniel was well into his 80’s by this time. 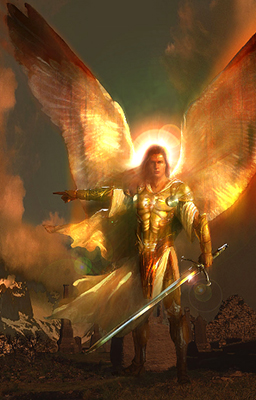 Then appeared to him an angel in all his glory to speak to him and bring a message to him about the future. It doesn’t say definitively who this angel is but my thought has always been that this was Gabriel, as he was the angel coming to Daniel in earlier chapters.

But then the angel explains that he had been hindered in answering Daniel’s prayer because “the prince of Persia withstood me 21 days. But then Michael, one of the chief princes, came to help me.” (Daniel 10:13) What an incredible flash of revelation into the behind-the-scenes workings of the spiritual world. A demon prince had fought against this angel getting his message through to Daniel until Michael, the archangel, came and intervened to turn the tide to the favor of the Lord’s will and His servant, Daniel.

It’s just an incredible chapter and vividly visual. Hopefully someday I can make a video of this one and continue the prophecies of Daniel video series. Meanwhile, here’s the link to the 35 minute audio of the class we had on Daniel 10 last Sunday. I hope it’s a blessing to you.