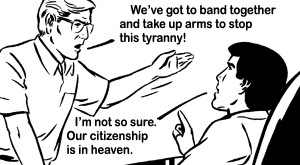 Paul told some folks, “Our citizenship is in heaven” (Philippians 3:20). That may be a strange concept to some. And it may hit a raw nerve for others. Our citizenship, our nationality is for many people everywhere perhaps their most cherished identity. But then at the same time they will say they are Christians. Or Jewish. Or Muslim. And most, let’s say many, don’t see any clash at all between their professed faith in God and their nationality.

Patriotism is a very strong force in the USA, probably more than in many countries. I’ve met a number of new friends here over the last 6 months who are both extremely patriotic while at the same time being exceptionally serious about their Christian faith. They are very aware of current events here. Many feel the USA has already moved far towards a totalitarian state. They believe the original freedoms and rights that the country was founded upon are being eroded or are just plain gone. There’s talk of taking a stand, of fighting for liberty.

But this is where the discussion turns intense and focused. What exactly should one fight for? What are we? Is it a matter of just standing up for a cause? Which one? And for many of us, it comes back to our identity. What are we? 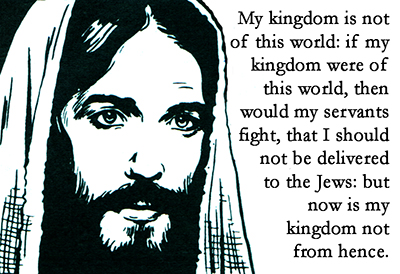 Pilate asked Jesus if He was a king. And Jesus said, “My kingdom is not of this world. If my kingdom of this world, then would my servants fight, that I should not be delivered to the Jews. But now is my kingdom not from hence.” (John 18:36) And this is where our conversations turn to when my friends and I discuss these things. Where are our loyalties and our basic allegiances supposed to belong to?

You don’t have to be a Christian in America to be extremely patriotic. Certainly there are millions of exceptionally patriotic Americans who are not Christians or for whom their faith is a distant second place to their allegiance to their country. But what about for a Christian, one whose life is centered around their faith in God and in Jesus?

I’ve written a few articles on this web site previously on this subject. I wrote “Proud to be an American” about my experiences while outside the USA for 36 years as a missionary and some times when I felt proud of my nationality.

Another article was “Consumer, Citizen or Disciple” which traced the history of our identity and how people in America and elsewhere see themselves now. 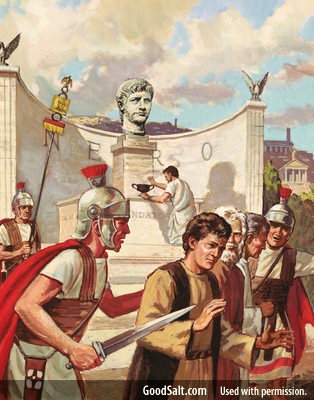 But this dilemma, this conflict of interests has in history brought some believers in God to stark, immediate choices. If you read the history of Christianity, many early Roman Christians were brought to the place where they had to show allegiance to the Roman Empire or face death. Immediately. Countless numbers chose to take their stand with Jesus Christ and the God of Abraham, rather than to an earthly king and country. Of course we always can think, “That can’t happen here, not in my country! We’re too advanced for that, too intelligent, too sophisticated, too modern.”

For me personally, over 40 years ago I had to decide what would come first in my life and how I would see myself. I had to know that my allegiance to Jesus Christ and my citizenship in heaven had to be the most precious thing for me and what I felt was worth living and dying for. Since that time I have lived in over 40 countries as an ambassador of the kingdom of God and I have no regrets about that.

But for many here, this is a time of deep heart searching. Some even question if they should take up arms to defend what they see as their inalienable rights. But I don’t think I’m supposed to do that. That’s not the battle I’m supposed to fight. And I question if any sincere, consecrated Christian is supposed to take up earthly weapons to fight an earthly war for worldly goals. I don’t believe that’s the battle I’m called to and I feel many American Christians are going to be sadly shocked if they go that direction, to take up arms against their country. 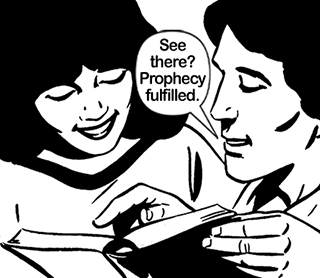 Our calling is to stand up for the truth of Scriptures and perhaps especially to use the weapon of the truth within Bible prophecy to share with all we know the condition the world is in today and the soon possibly beginnings of the final events of the endtime. I feel it is there that the Lord will meet us, is even waiting there for us, to be His salvation army of true witnesses to what has been foretold in prophecy for over 2000 years, of the final events of the endtime before His coming. Yes, we are supposed to fight but it should be “the good fight of faith.” (I Timothy 6:12)

That’s a battle worth fighting that we’re destined to win. Those with true faith in God will find their strength and calling and victory, not fighting earthly political battles to save their nation but fighting the good fight of faith for the truth and for lost souls everywhere. It is written, “They overcame him by the blood of the Lamb, and by the word of their testimony; and they loved not their lives unto the death.” (Revelation 12:11)