Home » Angels, Miracles and the spirit world » Christians, the endtime and witnessing

Feb 4, 2016 · by Mark McMillion · In: Angels, Miracles and the spirit world, Basic Christianity, Insights, The Future and Endtime 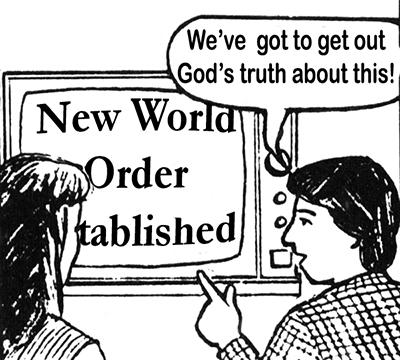 It’s always struck me, when reading about the prophecies of the future to come, that repeatedly the endtime believers are pictured as being witnessers and proclaimers of His truth and power. There are many examples of this. One of the best is found in Daniel 12:3, a verse specifically about the last years before the second coming of Jesus at the end of this age. It says, “And they that be wise shall shine as the brightness of the firmament, and they that turn many to righteousness as the stars for every and every.” (Daniel 12:3) This is a direct prophetic verse about the future times which speak of the people of the endtime who will “turn many to righteousness”. That’s witnessing, folks. That’s an active, fruit-bearing body of believers who evidently are having a real harvest in the final days.

But there’s more. Some of the verses that have inspired me the most about this are from Daniel 11. The context is that Jesus Himself specifically referred to Daniel 11:31 when teaching His disciples in Matthew 24 about the times immediately prior to His second coming. But what do the next two verses in Daniel 11 say? Daniel 11:32b says “but the people that do know their God shall be strong, and do exploits.” Strong. Doing exploits. Like the Early Church, witnessing miracles , “greater works shall they do”. (John 14:12) 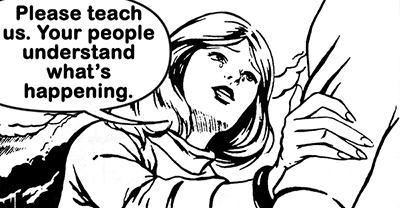 Then the next verse in Daniel 11 says, “And they that understand amoung the people shall instruct many…”  (Daniel 11:33) There it is again. Not only will some endtime Christians be strong and do exploits, it says that some will have understanding and that they will instruct many. Not only miracles and greater works but also fruitful witnessing and teaching, explaining to the people of the endtime what’s happening around them, because of their knowledge of prophetic events unfolding before their eyes that they recognize from their study of Bible prophecy.

The believers turning many to righteousness, doing exploits, being strong, understanding, instructing many in the final years prior to the return of Jesus . Sure sounds like an on-fire, fully-functioning, dropped-out multitude of believers, a bride “who has made herself ready” (Revelation 19:7). Inspiring, no?

But as we look around us in our present times, we see so many pundits of fear who want to tell us who the Antichrist is. They want to tell us who are enemies are, they want us to become fully armed with carnal weapons. But are those folks preparing us to be “strong in the Lord and the power of His might“? (Ephesians 6:10) Are they discipling Christians to be the light to the World that the Bible says some will be in those times? Or is it a constant creed of consuming fear and hatred of “our enemies”? Are we really going to go to war against the Antichrist forces with AK-47 assault rifles? Here’s the Bible’s answer to this as found in Revelation 12. “And they overcame him [the devil and the Antichrist] by the blood of the Lamb, and by the Word of their testimony, and they loved not their lives unto the death.” (Revelation 12:11) Nothing about armed Christian militias there. If the believers of the endtime are people who depend on spiritual weapons rather than carnal, if they’re going to be strong enough to witness and do mighty works in those times, then so much of Christianity now will somehow need a huge, mighty turn around. The vast majority of Christians today are spectators, at best. They’ve left the arena and are watching from the grandstands. But Scripture says that the bride of Christ in the endtime will be in the arena again, literally or otherwise, like the believers of the Early Church.

Maybe it will take a continuing loss of Christians across the whole spectrum of the faith, a vast falling away that will be the shock that’s needed for those that are left that they need to get down to business with God like few, if any, have done in hundreds years. At some point, somehow God is going to find those ones who will fulfill those verses given so long ago about the believers of the endtime. And, yes, I do hear of some here and there who are banding together in a new wave of witnessing and discipleship, like I wrote about in “German Awakening“. 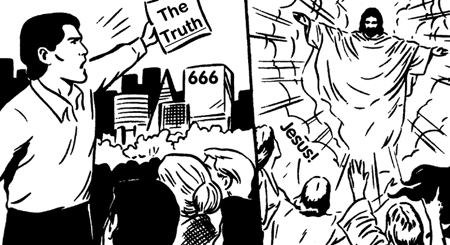 But overall and for the most part, right now things look bleak. So many want to tell us who are enemies are, those who we’re to fear and even prepare to kill. But where are the noble souls who are preparing His people to be the mighty witnessers and disciples of the endtime that we read about in Scripture? Oh, dear Lord, please raise up the believers You spoke of who will be those that will turn many to righteousness, do great exploits, and instruct many before You return.