Home » Angels, Miracles and the spirit world » “With what body do they come?” 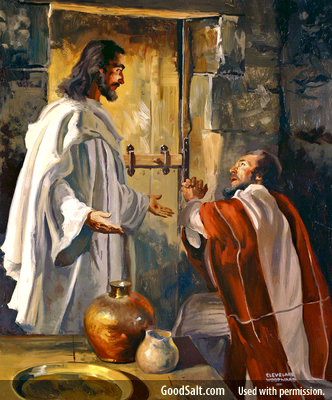 A friend wrote me to ask, “Why is a resurrection necessary if those who died in Christ have already gone to be with the Lord?” So I wrote back, “The best answer I know of is that God’s plan is that we have new bodies like the Lord had after His resurrection. That’s what I Corinthians 15 is about.”

That may raise some big questions for some people. “New bodies?” “Jesus’ body after His resurrection?” Well, it’s all in the Bible. Many people have heard of “doubting Thomas.” What was he doubting? He was doubting the resurrection of Jesus and that the other apostles had seen Jesus literally, up close and personal, after He’d been crucified and buried.

But then what happened? The Bible says a few days later Jesus again appeared to His disciples, this time when Thomas was there. So Jesus told Thomas to “Reach here your hand and thrust it into my side [the wound He’d received from the soldier while He was on the cross] and be not faithless but believing.” (John 20:27)

On another occasion around the same time after Jesus’ resurrection, He told His disciples when He was visiting them. “Touch me and see for a spirit has not flesh and bones as you see Me have.” (Luke 24:39) I know this can severely strain the brains of unbelievers and even those who are weak in faith. But this is what the Bible says so it might be good to look a little more at what all this means and signifies.

For one, the Bible clearly teaches that we, the saved believers, will have a body like Jesus at His coming. In I Corinthians 15:51 and 52, Paul said, “Behold, I show you a mystery. We shall not all sleep [meaning die here] but we shall all be changed, in a moment, in the twinkling of the eye, at the last trumpet.” This is the 7th trumpet, spoken of in other places as the sign or signal of the return of Jesus bodily to this earth. The verse goes on to say, “For the trumpet shall sound and the dead shall be raised incorruptible, and we shall be changed.” 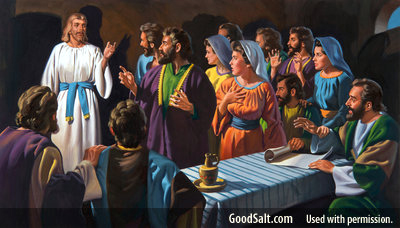 This is one of the best verses that touches on this subject of the eternal bodies we’ll receive at the return of Jesus, at the end of this age and the beginning of the Millennium. Just to throw in one more verse on this, Paul wrote to the Philippians about Jesus who would “change our vile body that it may be fashioned like to His glorious body…” (Philippians 3:21).

But what kind of bodies will they be? Here’s what John wrote in his old age to the church at that time. “Beloved, now are we the sons of God and it does not yet appear what we shall be. But we know that when He shall appear, we shall be like Him, for we shall see Him as He is.” (I John 3:2) We shall be like Him; we’ll have a similar-like physical existence to that which Jesus now has.

And what did Jesus say about His body? “A spirit has not flesh and bones as you see me have.” So it sounds pretty much like the body we have now. We have flesh and bones. But what does it seem Jesus didn’t have? Blood. Because “the life of the flesh is in the blood” (Leviticus 17:11). And also sin is in the blood. 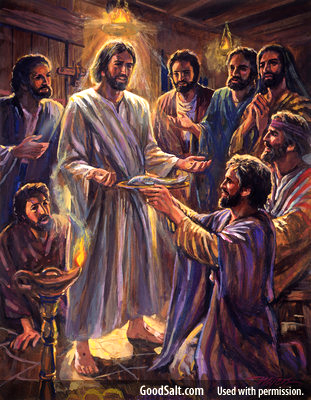 So Jesus was able “to eat and drink, after that He rose from the dead.” (Acts 10:41) He asked His disciples as He was with them after His resurrection, “Have you any meat? And they gave Him a piece of broiled fish and a honeycomb. And He took it and did eat before them.” (Luke 24:41-43) So it’s pretty clear that He wasn’t like some ethereal ghost or spirit but was a tangible living man, the Son of God, in His new body, like the one we will ultimately have.

But it must be that it will in some way really be sustained in a new way, utterly by the Spirit since it seems that blood may no longer be involved. He could appear and disappear, evidently pass through walls and finally ascend up into heaven. But He said of Himself that He still had flesh and bones and He could and did eat with them, even in this utterly new physical condition. 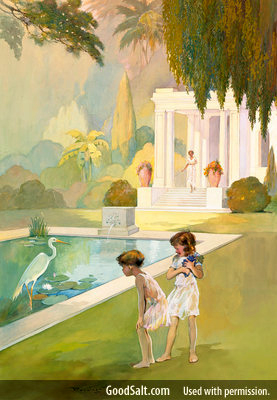 This is fascinating for me. This is our ultimate destiny and destination, to still retain many of the attributes of the life we have now, but in a new, eternal, upgraded condition. We’ll be utterly changed but it won’t be all so different that we can’t understand it or work within it. The Corinthians had asked Paul about the resurrection and about “with what body do they come?” (I Corinthians 15:35), referring to the eternalized saints. I Corinthians 15 is a whole chapter on that subject. It’s just natural that we all are curious about some of these things and that we need and want some answers for it all to make sense. Wonderfully, it does. We’ve got a lot to look forward to.