Apr 8, 2017 · by Mark McMillion · In: Basic Christianity, The Future and Endtime 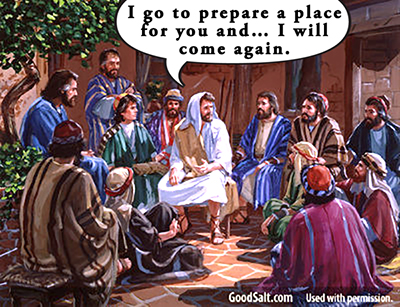 One of the most principle beliefs of Christians for 2000 years is that Jesus of Nazareth will return to this world to rule it as the Son of God and God-ordained King of Heaven. This is a clear and essential belief of Bible-based Christianity. In fact, Jesus spoke repeatedly about this and at least two whole chapters, Matthew 24 and Mark 13, are Jesus’ words to His disciples to describe this occasion of His coming and events immediately prior to that.

And the Bible even gets down to some fine details of His return, one of the most famous events being what’s been called “the rapture”. That word is not found in the Bible but it is described in detail by the Apostle Paul, perhaps most clearly in I Thessalonians 4, verses 16 and 17. Speaking of Christ’s return to this world, Paul says, “For the Lord Himself shall descend from heaven with a shout, with the voice of the archangel, and with the trump of God. And the dead in Christ shall rise first. Then we which are alive and remain shall be caught up together with Him in the clouds, to meet the Lord in the air, and so shall we ever be with the Lord.” 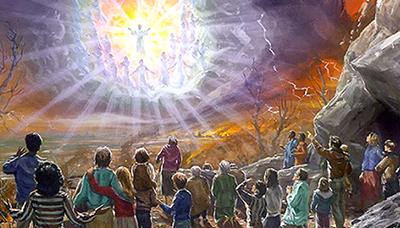 For those who study this subject, a world of questions immediately arise when the Rapture is talked about. “When, where, who, how”? And on and on. But it’s good to pause to remember and establish that, if you’re a believer in the Word of God, at least we shouldn’t be asking “if” this is true or going to happen. It is. Jesus said in John 14, “I go to prepare a place for you… (and)…I will come again…” John 14:1-3.

But with all the huge controversy and even confusion on this subject, it seems wise to try to proceed rather slowly and to find a path on it all by following the Scriptures. As Isaiah said, doctrine must be “line upon line, precept upon precept” (Isaiah 28:10). For me, some of the most certain verses that we can be sure of as accompanying these ones about the Rapture in I Thessalonians are what Paul spoke of in I Corinthians 15. 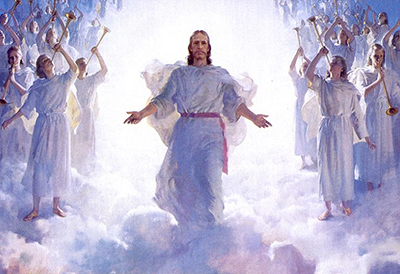 Paul told them, “Behold, I show you a mystery. We shall not all sleep [die] but we shall all be changed, in a moment, in a twinkling of the eye, at the last trump. For the trumpet shall sound and the dead shall be raised incorruptible. And we shall be changed.”  (I Corinthians 15:51 & 52)

These verses are talking about the same event as the ones in I Thessalonians, only looking at a different aspect of that climatic event. You’ll note that in Thessalonians Paul spoke of the Lord’s return “with the voice of the archangel, and with the trump of God”. Here in I Corinthians he says, “In a moment, in a twinkling of the eye, at the last trump.” It’s curious and noteworthy that this seminal event in the history of mankind is almost invariable linked to something called “the sound of a trumpet”.

And when Jesus Himself spoke of this future moment, He too referred to a trumpet being sounded at the final moment of His return. This event is most clearly spoken of by Jesus in Matthew 24:29-31. In Matthew 24:31 Jesus spoke of Himself,  “And He shall send forth His angels with a great sound of a trumpet. And He shall gather together His elect from the four winds, from one end of heaven to the other.”

There should be no doubt, from looking to Scripture, that the future event of the return of Jesus is spoken of with certainty and a surprising degree of detail. We do ourselves no service to, in any way, doubt or dispute that this will happen, if we truly look to God’s Word for our lives and the future to come.

But of course there are many, many questions about this future event. Can Jesus return at any moment? Are there any events prophesied in the Word which immediately precede His return? Some even wonder if there is any way this has already happened. Perhaps these questions could be looked at in another post.

But hopefully those of us who believe in Him and in God’s Word can at least agree on this: He said He would return to this earth and the Bible has a number of clear and unambiguous verses which state this and give us understanding of what is to come. Let us at least be of the same mind in agreement on these fundamentals of the subject of Christ’s second coming.