Sep 9, 2015 · by Mark McMillion · In: Angels, Miracles and the spirit world, Basic Christianity, Daniel videos and texts, My past 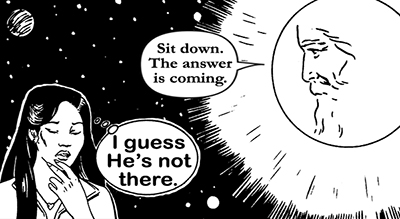 This afternoon I was having a Bible class with around 10 young people between the ages of 7 and 17, children of some of the attendees at the Christian fellowship I’m at up in the mountains of Romania.

Teaching Daniel chapter 2 is one of my favorite things since it’s about the easiest chapter there is to introduce the phenomenon of Bible prophecy. It’s actually about someone who was probably not older than 14 at the time. So this adds to the interest in the chapter for younger people.

If you’re a teacher, there’s a lot you can do to dramatize this chapter. Daniel and his friends are taken captive and carried away from their home country. They are educated, probably “upper class” kids. They’d already had serious instruction in the things of the Lord and had taken it to heart. 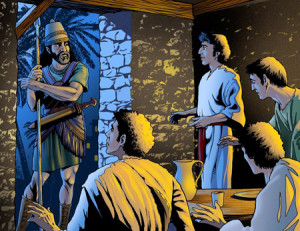 But then Daniel and his friends are put to the test and nearly executed. Daniel and the others got down to desperate prayer and the Lord answered in one of the most miraculous ways in the Bible. Like I told the kids in my class, “What if you were suddenly carried away to Moscow?! You have to appear before Vladimir Putin and his advisors in the Kremlin to tell him what he had dreamed!” It makes it more real like this. 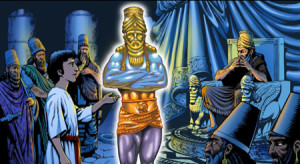 A lot of drama helps if you’re teaching kids. There’s the strange statue and, even stranger, that stone that hit the statue on the feet. So I was the statue, one of the kids held a big basket which hit me (the statue) on my feet. I crumbled to dust in front of their eyes and the basket (the stone) became a great mountain. Lots of spectacle in that when you act it out. The result? King Nebuchadnezzar fell at the feet of Daniel in front of his whole court, in awe and reverence of Daniel that he could tell the king his dream. So I fell at the feet of one of the kids there and we played like I was Vladimir Putin, speaking my broken Russian, falling at their feet in thankfulness and amazement that they were able to reveal the secret. It helps to bring it all home to kids and to help them remember it and grasp the significance when you do this. In fact, one of the little kids told me later that was what they remembered the most.

But also in the room was a friend of mine who is 20 who comes from a family of dedicated east European Christians. All through our class I’d been trying to bring it all back to their level and help them to see how this could have been them and what it would have been like to have been 14 year old Daniel. Then at the end of the class, my 20 year old friend shared her life story with the ones there who were actually the same age as her younger sisters and brothers. She told them something like this.

“In 7th grade, because of my Christian beliefs, I really didn’t have many friends in school. So I decided I wanted friends and for them to accept me. From then on I started going to parties without my parents knowing.

When I turned 15, I started a relationship with a boy who at first accepted my beliefs. But after a year he told me he had lied to make me like him. I continued to be with him another 2 years and through that time he and his friends told me that I lived in a fantasy world and that I’m trying to run away from reality. This affected my beliefs and caused me to doubt my faith in the Lord. Around the end of our relationship, we went for a summer vacation where we had a big fight and I ran out crying.

I ended up looking at the stars which often brought me peace. I decided to give the Lord “one last chance”. Inside me I had a battle and felt I was making a fool of myself. But I told the Lord my feelings and I told Him I wanted to see a shooting star from left to right if I was not supposed to be together with my boyfriend. Or right to left if he was the one for me. And I told him if nothing happens, then I will never believe in Him again.

I wanted for about 10 minutes but nothing happened. So I stood up to leave but then a very strong voice in my head told me, ‘Sit down. The answer is coming.’

When I sat down and looked up, an enormous shooting star went exactly from left to right the way I had asked. The Lord told me then that my future boyfriend would have the same beliefs that I have. This showed me that the Lord truly loves me and that He will never leave me or forsake me. This was about 2 years ago and now actually I do have a boyfriend who has the same beliefs as me and he has a strong relationship with the Lord.”

So for me this was a great way to end the class with these east European kids from missionary families, hearing from one from their generation who’s come to know the Lord personally and has their own experiences (some learned the hard way).