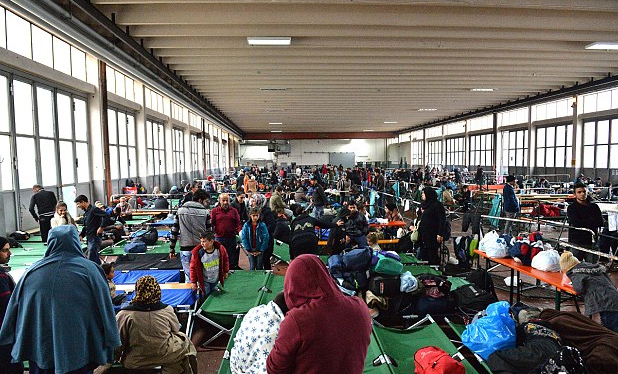 I’ve been visiting a camp in Germany for refugees from the Middle East. There was a riot one evening in the camp that my friends work in daily. People from one nationality got very riled up against folks from another country in the camp. Chairs were thrown, furniture broken, water hoses pulled out of the wall and 200 people fled to the streets. Over 100 police were called in to quell the disturbance. It was a very big deal.

My friends the next morning got an emergency email about the situation in the camp. They wrote back that they weren’t afraid and that they were on the way there. It turns out that they’d already been scheduled to do a major performance and skit for the 1000 or so people in the camp the next day. It was to be based around the parable of the Sun and the Wind and how that love is more powerful than violence, an interesting theme indeed when contrasting Christianity and Islam. So, strange as it may seem, the uproar the night before made the setting perfect. The Lord had prepared hearts and allowed the riot to happen so they’d see their need all the more. 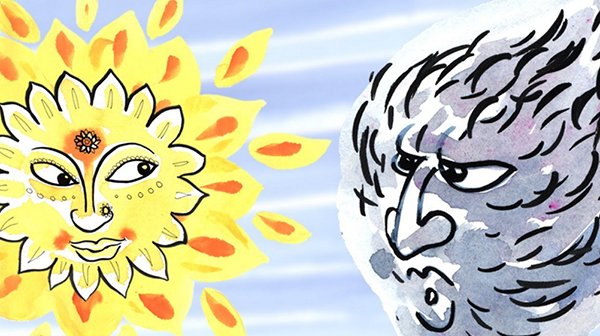 “The sun and the wind” (Based on the fable by Aesop)

One day the sun and the wind quarreled about which was the stronger. The wind said, “I’ll prove I am. See that old man down there with a coat? I bet I can make him take his coat off quicker than you can.”

So the sun went behind a cloud and the wind blew until it was almost a tornado. But the harder it blew, the tighter the old man wrapped his coat about him.

Finally the wind calmed down and gave up; and then the sun came out from behind the cloud and smiled kindly on the old man. Presently, the man mopped his brow and pulled off his coat. The sun then told the wind that gentleness and friendliness were always stronger than fury and force. 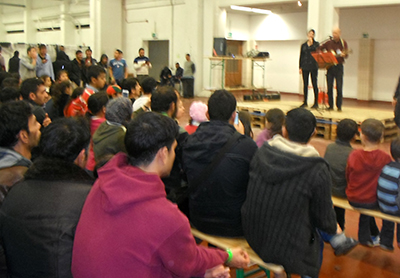 My friends came to the camp with their guitars. But some of the ones they planned to work with in the camp were terrified because of the events from the night before and didn’t want to do it. So they prayed with them against fear and at the same time prayed with several of them to receive the Lord. This helped and they were more relaxed.

Also some of the main workers at the camp talked with various factions there to try to restore calmness and cooperation between national groups. Each ethnic or national group, Syrians, Kurds, Afghans, Iraqis, etc, have their own group leaders and they talked to their people in their language. The German Christian woman who heads up the camp spoke to them about forgiveness and peace. She said if some were doing evil, it would not be accepted; that they are going to build up something there in peace.

My friends and their helpers started their performance with the song, “Love Can Build a Bridge”. But then while some were singing, a man from one nationality came up and insisted that he speak on stage. He wanted to apologize to the other nationality group that his people had gotten into the fight with the night before. He publicly asked them for forgiveness. Then he went out into the large crowd, shook hands and gave hugs to the ones his people had been fighting with. This man was actually one of the ones who were working with my friends and he played the role of “the Sun” in the skit. 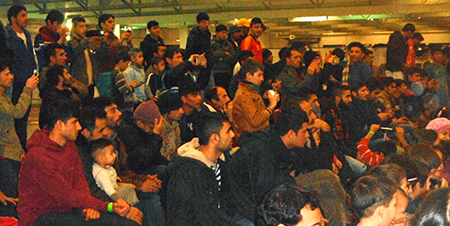 The skit started. One of my friends was “the Wind”, Mustafa was “the Sun” and there was another Muslim guy who took his jacket off. So afterwards my friend asked the hundreds watching the skit if they understood that the sun is more powerful than the storms and that love and forgiveness are more powerful that hate and violence. I should mention by the way that this friend of mine who was sharing this is actually from Asia and was raised a Buddhist. But he became a Christian in his 20’s and is one of the most vigorous, fruitful Christians I know anywhere.

He said that he wanted to pray with everyone so he knelt down on stage and asked others on stage to knell with him. He prayed for them and their countries, that God would stop the wars. He told them he was a Christian and that he wanted to build bridges of love and faith. He asked who wanted to pray and very many raised their hands. He prayed a prayer that they repeated, that God would stop the war, that they would have peace there in the camp and a better life. And that they would have Isa (Jesus) in their hearts as their friend.

The devil wrecked havoc there the night before because he was mad that the next day there would be such a victory. I was just so encouraged and inspired when I heard about all this. It’s not something the media will report but I think it was a very big thing in the Spirit that “the poor have the gospel preached unto them.” (Luke 7:22)