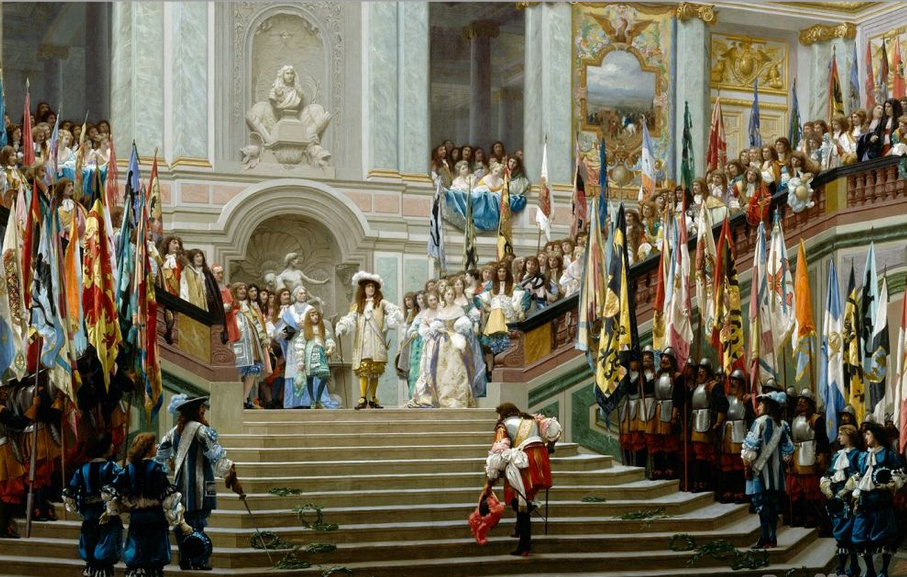 [I’ve worked on this post, off and on, for months. The things written here, to me, are heartfelt. Perhaps this can be seen as a warning, from experience, of two dreadful dangers that can lurk in the path of Christian discipleship.]

For most of us, there are some things that just “get our goat”, a wonderful English phrase for things that “get under your skin” and irritate you. In my experiences as a missionary, I think that those two non-English words there, “apparatchiks” and “sycophants” sum up what have “gotten my goat” at times.

First, an “apparatchik”. That’s a Russian word from Communist times for what we can call in English a bureaucrat or functionary, someone who just ends up working in some system. He virtually loses his or her identity to the particularly system and becomes a part of it. Often, in his promotions within his organization, many pricks of his conscience have been silenced in order to help facilitate his rising safety and prominence.

“Apparatchik”, a wonderful Russian word that brings to mind another word from that part of the world, “Byzantine”. The picture is of a turgid, sclerotic organization, endlessly slowed to an almost standstill, devoid of life and conscience. This is how so many organizations and, yes, even movements of God’s Spirit end up.

Mark, how can you say that?! Administrators and bureaucrats are needed in every organization, secular or spiritual! Records must be kept, Paul even said, “Let all things be done decently and in order!” (I Cor. 14:40) You’re right. I’ve been thinking about Matthew, the Levite. With his background as a tax collector, do you think he may have become sickened by the humdrum drudgery of his job, just caught up in some lifeless system? Did he feel like a bureaucrat or an apparatchik? Could it be that one of the reasons why, when Jesus called Matthew to be His disciple, he immediately went for it? (See Matthew 9:9)

It’s not that I’m against people with administrative gifts, just when their gifts and callings take the place of the organizational ability of the Holy Spirit which is never lifeless and stultifying. And, sad to say, I’ve known some gifted Christian friends who in some cases ended up spending years as not much more than apparatchiks, just “doing their job”, when the Holy Spirit was there to show them things that were amiss. But to speak up would cost them the position they had risen to. “Quench not the Spirit.” (I Thessalonians 5:17) 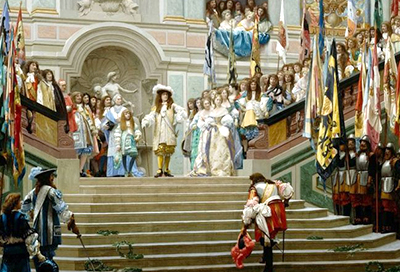 Then there are the sycophants. This brings to mind a different set of organizations from an earlier time of “the Sun King”, Louis the XIV of France. He was the ultimate epitome of European royalty at the time of its zenith. Louis the XIV had his sycophants. This was an entire swarm of dithering couturiers whose whole existence was to please the king and to rise within the universe of the throne scene around this golden ruler, Louis the XIV, his court and the affairs of his heaven-like earthly palace, Versailles.

If there was a word to describe this kind of person in the Bible, it would be “man-pleasers.” (Ephesians 6:6) The Bible does not speak well of this. Sycophants lived (and live) for nothing else but to please their ruler. Their only function was within the realm of the court and the palace. The things of the common man disgusted them and they were far removed, above any of that.

There are still folks like that today. They live to please some individual who they think will be their path to glory and promotion. They have no higher motive or goal than to please their sovereign, whoever that may be. Again their conscience is long silenced, like the apparatchik, in order to submit their heart and lives to no other purpose but to please the leader of their organization, company or society, like the original sycophants did for Louis the XIV.

There are folks like that today. I’ve seen the end of some of these ones; a few even were dear friends who became apparatchiks or sycophants. It’s a very sad thing. Somehow they compromised their original Godly convictions and tender consciences in order to please what they thought were the best people they knew. These people were on the rise, they were the future, and they would rise with them.

If anyone chooses to follow the path of an apparatchik or a sycophant, it invariably leads away from keeping Jesus Christ first and foremost in your mind and heart.

Some never really recover. They’re overwhelmed and disillusioned when it becomes clear that they let someone or something take the place that should have been only for Jesus Christ. In some cases, like Solomon said, “The man that wanders out of the way of understanding shall remain in the congregation of the dead.” (Proverbs 21:16) It’s a huge temptation for sincere followers of the Lord to yield to a job or relationship that they feel will lead to success and power. Not only governments and businesses but even denominations can be strewn with the lives of people like that.

“But Mark, isn’t there another side to all this? Isn’t there a time for loyalty to an organization or even a denomination, to stick with them through thick and thin? Aren’t there anointed men of God that many follow as their chosen Godly leadership?”

Yep, there may be a time for that; some would say even often there is. But it’s hugely important that individuals don’t turn off their consciences and their personal link with the Lord so that they just drift along with their organization, denomination or even Godly leadership. “Everyone of us shall give account of ourselves unto God” (Romans 14:12) and it can just happen, if you don’t stay in prayer, that you become some functionary apparatchik in some frozen organization, or a man-pleasing sycophant of some formerly anointed leader who is not following God as he did before. 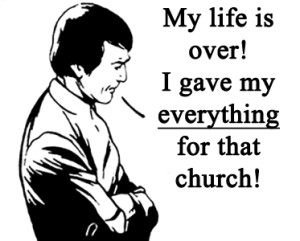 But perhaps the worst thing is that inevitably, when the system or organization that the apparatchik let replace Jesus in their heart, or the individual that the sycophant let replace Jesus in their heart finally crumbles to dust and defeat, so very often the originally inspired Christian goes down with the ship they let replace the Lord in their lives. Their faith in Christ became inalterably intertwined with their new faith in their organization or superior. And when that was gone, they too fell away from the faith they once held so high.

Thankfully, I never was successful as an apparatchik or a sycophant.  Believe me, I tried; God forgive me. “Better it is to be with the lowly than to divide the spoil with the proud.” (Proverbs 16:19) Big powers have come and gone but the little people live on. God’s eye is on the sparrow and “the meek shall inherit the earth”. (Matthew 5:5) 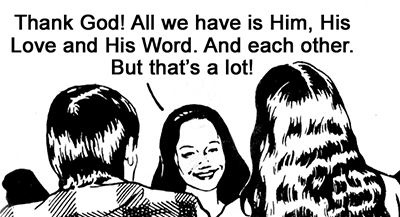 Are you a nobody? Truly, you should thank God for it. Have you been passed over by those who seem to be something and “great” in the eyes of this world? Don’t worry about it. “The first shall be last and the last first.” (Matthew 19:30) Are you a “little person”, with nothing but your relationship with the Lord? “Rejoice and be exceeding glad for great is your reward in heaven.” (Matthew 5:12) “The high and lofty One dwells with those of a humble and contrite spirit.” (Isaiah 57:15)

[Thinking about it more today, perhaps it’s like a sequel to John Bunyan’s “Pilgrim’s Progress“. There he saw “Christian” and the others. He doesn’t mention “Apparatchik” or “Sycophant” in his writings. But in my personal pilgrim’s progress, these two bogeymen of deceiving deathly darkness have been the downfall of more than just a few people I’ve loved. If this helps anyone to not fall into the snare of these two dangers, then this post will not have been in vain. God bless you.]