Jan 5, 2021 · by Mark McMillion · In: Basic Christianity, Insights, The Future and Endtime 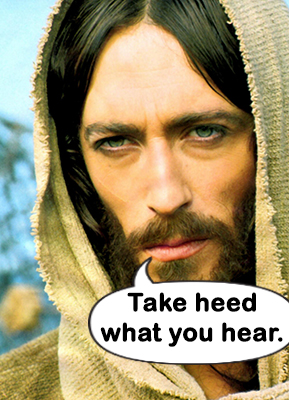 We’re not just supposed to “watch our tongue”, we’re to watch our ears too. Jesus said so. “Take heed what you hear”, He said (Mark 4:24). And you may wonder how you can do that. But that verse came to me very strongly in relation to what I’m experiencing with so many Christians nowadays.

Maybe a better way it is expressed or explained is where Paul said, “That we no longer be children, tossed to and fro and carried about with every wind of doctrine.” (Ephesians 4:14) So very many believers today are very much “tossed to and fro”.

In this case, it’s not like some specific Biblical doctrine. But, boy, they are carried about with every wind of political hearsay and rumor. Millions are just enthralled and entangled with political hearsay, as long as it has a little sprinkled sugar coating of what passes for Scripture glazing it. 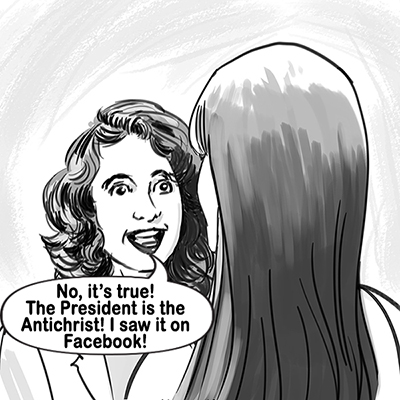 Solomon said, “The simple believes every word but the prudent man looks well to his going.” (Proverbs 14:15) Most of the time it’s good to be simple. But in this Bible verse, “simple” has the connotation of the naïve and gullible. We’re supposed to be harmless as doves but also wise as serpents. (Matthew 10:16) I’m so often grieved when I see how very many Christians are sucked in to modern political quarreling and think they are doing God service this way.

Christians are just getting sucker punched by the enemy in the way of listening to secular, worldly diatribes which seek to allure Christians into their orbit by having a veneer of Christianity to them. But in actuality it’s just another Godless temptation to pull Christians away from our foundations in the Word and out into the latest concoction of the enemy to get us off the wall of God’s will.

In Job it says, “The ear tries words as the mouth tastes meat” (Job 34:3). Christians so much need to exercise discernment in what they allow themselves to hear. It doesn’t happen by just isolating yourself away from everything, I’m not talking about that. Jesus said we are to be “in the world but not of the world”.  (See John 17:15 & 16)

But I think it does come down to discernment in what we hear, recognizing when some broadcast or publication is just the devil’s slop, dressed up in a Christian costume. 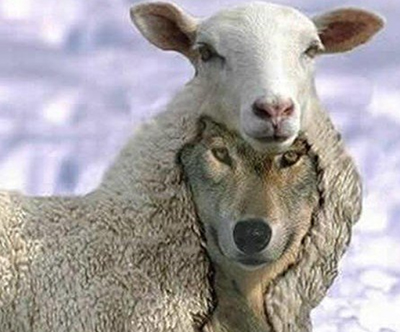 But we spend a couple of hours a day online on sensationalist, provocateur sites and channels that are nothing but political propaganda to indoctrinate you into a set of beliefs and actions that are not Scriptural and are not in truth leading you to true Christian service.

I’ve been making videos recently that go into the details of how things will be in the final days before the coming of the Lord and some places there have stood out to me so much. Here’s what the angel told Daniel it would be like in the very last days, how the people and servants of God will be in those times. “The people who do know their God shall be strong and do exploits.” (Daniel 11:32) 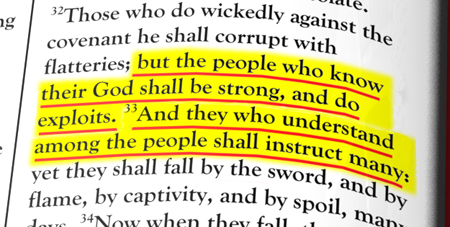 Do you think that those are political exploits? Military or militia exploits? Or will it be like the exploits that happened in the book of Acts and the early church?

Another verse from Daniel, “And they that understand among the people shall instruct many.” (Daniel 11:33) Is that going to be understanding conspiracy theory and correct political stands? Or will it be in understanding the foundational truths of the endtime that will be playing out then? Are we going to be leading the believers and seekers of those times to a knowledge of the Lord and His soon coming? Or every wind of doctrine and confusion that will be blowing about in those times?

So this is something of a heart cry for me and from me. It just grieves me how many are actually falling away to fringe secular teachers and I’m talking about brethren who were before strongly on the wall of Christian service, even some who I knew on the mission field.

Take heed how you hear. We need to not only keep our mouth and our tongue, we need to keep our ears. “Go from the presence of a foolish man when you don’t perceive in him the lips of knowledge.” (Proverbs 14:7) We need a lot more discernment in what we’re spending out time listening to, 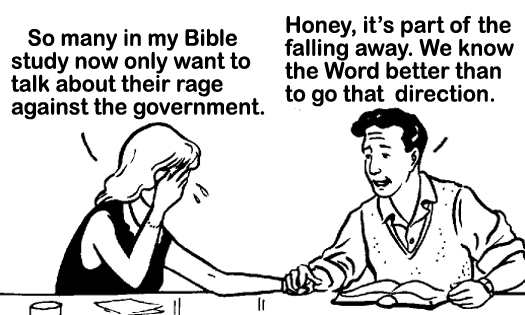 how and where we’re getting out information from and what we are allowing to enter our hearts and minds. Lord help us!

One of the most sobering verses about the prophetic endtime is not found in Daniel or Revelation but in II Timothy. It says this, “And they shall turn away their ears from hearing the truth and shall be turned to fables.” (II Timothy 4:4) My gosh, how much this is happening across Christianity right now. Not fables like some ancient children’s fiction but broadcasts and publications that have just enough smattering of Christianity or the Bible so that they can pose as something of the Lord when it so utterly isn’t.

To me this is one of the greatest dangers facing Christians in these times, not secular governments or other religions but these empty, poisonous falsehoods, posing as truth by having a thin glazed veneer of Christian tinge. Brethren, watch out. Recognize it. Test it and if it is pulling you away from the depths of the truth of God’s Word and His service, the reject it like the plague.