Home » Current events » The Black Horse in the north country

Did God speak and foretell the condition of modern northern Europe to an ancient prophet over 2400 years ago? “Impossible!”, you say? But Zachariah was told by God that “the black horses …go forth to the north country” and that “These that go toward the north country have quieted My Spirit in the north country”. (Zachariah 6:6 & 8)

Admittedly this is pretty advanced, esoteric Scripture. But it doesn’t stand alone and some will recognize “the black horse” which is not seen again until Revelation 6. It says there, “And when he had opened the third seal, I heard the third beast say, ‘Come and see’. And I beheld, and lo a black horse; and he that sat on him had a pair of balances in his hand. And I heard a voice in the midst of the four beasts say, ‘A measure of wheat for a penny, and three measures of barley for a penny; and see you hurt not the oil and the wine.’” (Revelation 6:5 & 6)

I’ll add one more verse that may shed some light on this Black Horse. 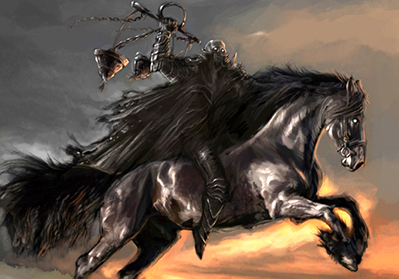 The only other place in the Bible which references someone with “a pair of balances in his hand” is Hosea 12:7 which says, “He is a merchant, the balances of deceit are in his hand, he loves to oppress.”

I and many others believe this glimpse into heaven in the Old and New Testament pictures four of the most vast, fundamental forces which work in our world, shown as four horses and horsemen. 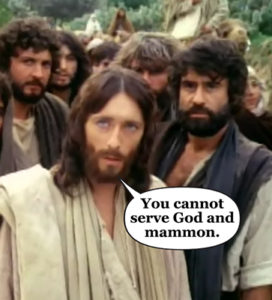 And this black horse encompasses the whole materialist, mercantile enterprise that has dominated such an immense portion of the lives of mankind for millennia.

Jesus said that “You cannot serve God and Mammon” (Matthew 6:24), Mammon being an ancient word for money and material wealth. Thus the Black Horse and rider symbolize the pursuit of wealth and material gain that dominates the heart of the substantial majority of people and has since the beginning. 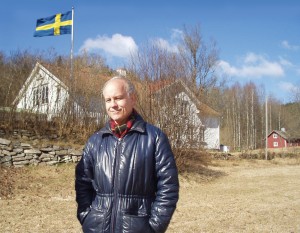 What does this have to do with northern Europe? Those obscure, almost cryptic verses in Zachariah 6 have held my interest for many years. Because much of my adult life has been spent in Europe, mostly northern and eastern Europe as a missionary, or at least trying to be one. And I can say from firsthand experience that I’m even now seeing in my recent few weeks in northern Europe how “the Black horse” has “stilled” the Spirit of God in these northern countries.

It is said of Jesus, “He could do no mighty works there because of their unbelief.” (Matthew 13:58) And from my many travels almost all over the world in the last few years, I know of no place on earth comparable to modern northern, western Europe for the level and extent of unbelief.

And yet in many human ways it’s seen by so many as almost Utopian here. In Scandinavia, where I am now, unemployment is almost eliminated. 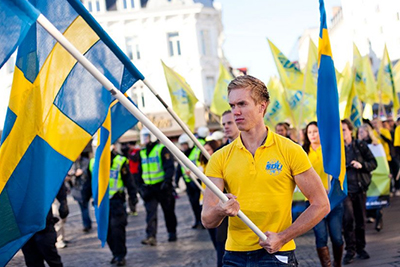 Of course some will vehemently debate me on this but that’s not what I’m focusing on here. It is that despite such material success in these countries, such tranquility and even a large degree of individual and national benevolence, the “Black Horse” has successfully stilled (for the most part) the Spirit of the Lord in these countries.

There are still some Christians around, there always will be. 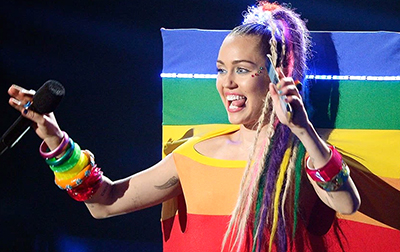 But they are few, far between and usually not bold about their faith, if they say anything at all. It’s extremely out of vogue. And if there’s anywhere in the world that the so-called “Progressive”, “identity politics” have fully taken the high ground and rule almost unopposed culturally as well as politically, it’s in places like here in Sweden.

If there was no God, no Jesus, no death and afterlife, if we didn’t have a soul and our whole existence was just in the affairs and pleasures of this earthly existence, then this would be one heck of a place. Sweden hasn’t gone to war in 200 years so they’ve had time to get their act together. And they have. But in the process the great majority has essentially abandoned their faith in God and any respect for the spirituality given us through the Word of God. It reminds me very much of what it says in Psalm 10:4, “God is not in all their thoughts.” I know and recognize it because this was totally the way I was from around 12 to nearly 21. 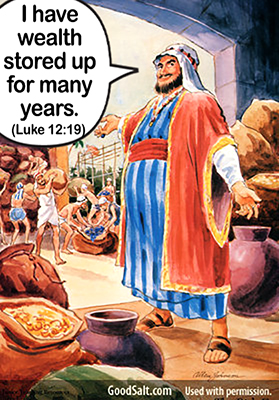 So as much as this is like a heaven on earth from one view, from another there’s an ominous sadness here for me as well. It’s like Jesus said about the man who’d gained much wealth and built bigger barns, “You fool. This night your soul will be required of you. Then whose shall those things be that you have stored up?” (Luke 12:20)

I think unbelief is one of the most difficult of all sins to overcome. Especially if you are also pretty much “a good person” as well. But conversely, “With God, nothing is impossible.” (Luke 1:37) The mindset so prevalent here is very similar to how I was and how so many people in the general northern and western part of the world are now.

Is there any way to end this on a happy note? I guess the thing is that, if the Lord can do it for me, He can do it for others. Zachariah 6:6 even amazingly says, after it says that the black horses go into the north countries, that “the white go forth after them”. And in history this part of the world has had centuries in the past where faith in God and Jesus was paramount. But it may take the fiercest rigors of the final days before the return of Jesus to shake some people here out of their atheist stupor. All we can do is pray, hope and continue to be a witness, as best we can.