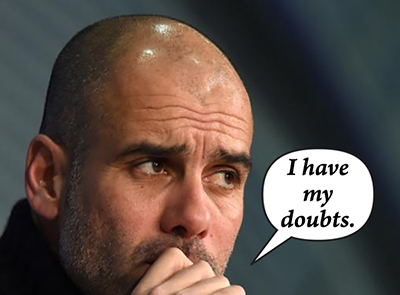 You hear folks say that sometimes, “I have my doubts.” And nobody says anything about it, it’s as normal as can be. But how about that? If you profess to believe in the God of three faiths, then you probably know that doubts, at least some kinds of doubts, are not just something to slough off as nothing, though mostly everyone does.

On the one hand, you’ve got “the father of faith”, the patriarch Abraham. What was the big deal about him? Well, for one, he kept hearing the voice of God telling him that he was going to have a big family when both he and his wife were like really getting up in years. And evidently the thing that pleased God about Abraham was his faith. Here are some especially poignant verses in the book of Romans that speak about the special faith of Abraham concerning this unusual promise God made to him which seemed to go unfulfilled for so long. 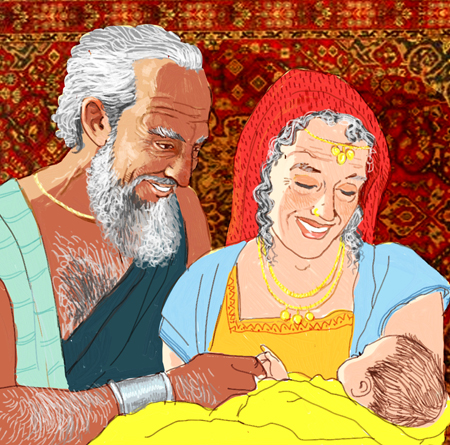 “He (Abraham) staggered not at the promise of God through unbelief but was strong in the faith, giving glory to God, and being fully persuaded that what He had promised He was also able to perform. And it was accounted to him for righteousness.” (Romans 4:20-22)

Did Abraham have his doubts? I don’t remember reading about them, although his wife Sara did evidently laugh once when an angel was with them and told them about their future family. And let’s be honest, do you ever sort of secretly sympathize with them? After all, there are oodles of times in the Bible where God and/or His prophets have foretold some extremely outlandish, almost impossible-to-believe things. And you and I might feel that if we’d been there, we’d be pretty challenged indeed to believe what was said at the time.

In fact, do you ever feel that way about the book of Revelation? My gosh. “The stars fall from heaven” and “the heavens departed as a scroll” (Revelation 6:13 & 14). It says during the time of the trumpets, just before the return of Jesus that “hail and fire, mingled with blood” will be cast upon the earth. “And a third part of trees was burned up, and all green grass” (Revelation 8:7).  Whew. No wonder some of the big time preachers in the churches here are still telling the believers on Sunday morning that none of them will ever see any of the events spoken of in Revelation. According to the main line evangelical denominations of this day, they will all be wonderfully swept away at any moment and will experience nothing of the endtime tribulation that’s so spoken of in both Daniel and Revelation. 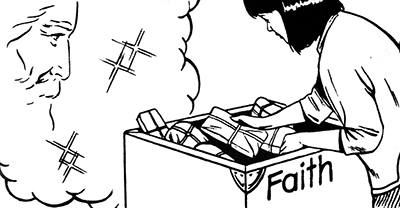 Maybe a thing to do with some of this is what I’ve heard before, to “wrap it up in a bundle of faith and put it away somewhere”. When the time comes, the Lord will take it, unwrap it and make it all clear and plain.

But I’m going to confess that at times, when I just look at the prophecies of the future with my carnal mind and worldly reasoning, it does become easy to be tempted to doubt that the strange, mighty things of Revelation can actually happen. But that’s a precarious place to be, being tempted to doubt the stupendous things God has foretold us about the future.

Maybe it’s like the famous preacher from over 100 years ago said to the two ladies who asked him, “Dwight L. Moody, do you have dying faith?” To which he said, “No, I don’t.” When they gasped at his apparent unbelief, he went on to say, “I’m not dying yet.” That’s how things work. 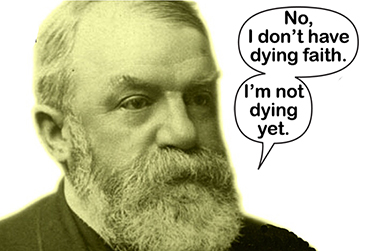 “As thy days, so shall thy strength be” . (Deuteronomy 33:25) I really don’t have to worry or even totally understand some of the most awesome, intriguing mysterious of the future that Revelation tells us about. I’m not there yet. God gives us what we need for today, not before.

I do study these things and even teach about it. But as I wrote about in “Daniel First”, I really believe it helps a lot to start with an understanding of the book of Daniel, which Jesus Himself pointed us to, before we try to comprehend the book of Revelation. But what do I do with the almost incredible things found in Revelation? One thing is to simply look back at the already fulfilled prophecies of the past, many of them just as seemingly incredible but nevertheless fulfilled by the Lord. So I have every reason to believe that the stupendous things of the future that we find in Revelation will be fulfilled just the same.

And as much as I enjoy the study of these things, I do feel that my most important calling is that of a disciple, soul winner and a feeder of sheep, a teacher of babes. It can end up just being a trip off if you get so lost in the intricacies of the prophetic future and you abrogate your calling of full time Christian discipleship. Maybe this is what King David meant when he said “Lord, my heart is not haughty or my eyes lofty, neither do I exercise myself in great things or matters too high for me.” (Psalm 131:1) 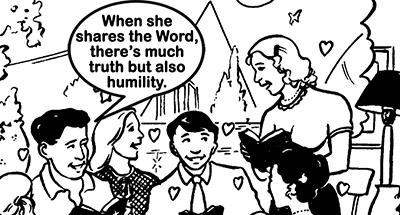 I do strongly believe that more people need to have a much better understanding of the events that we’re told about in Daniel and Revelation which have not yet happened. But I think any teacher who seriously makes an attempt to teach the book of Revelation to others must have the honesty, humility and candor to say at some points, “I don’t really know what this means here or at least I don’t understand it enough to be certain about it.”

Sometimes it’s the Lord’s wisdom for us to just stay simple, to admit it when we don’t exactly know what some things are and to not get spooked out about some seemingly foreboding future event foretold in God’s Word. Maybe that’s the correct time and place to apply what Jesus said, “Take no thought for the morrow for the morrow shall take thought for the things of itself. Sufficient for the day is the evil thereof.” (Matthew 6:34)