Home » Current events » Are we there yet? Are we there yet? Are we now actually in the very final events just before the second coming of Christ? Some utterly mock that whole concept. But many millions know what Jesus said would happen before His return. I’ve studied these things all my adult life and looked almost daily at “the signs of the times” to try to find where  exactly we are in relation to what Godly prophecy reveals of the final signs before the end of this age.

But I’ve often shied away from getting into “the signs of the times” (Matthew 16:3) when it comes to current events and daily occurrences. So many teachers have gone out on a limb about something, only to find that they’ve prematurely predicting some specific final event in the Word of God which didn’t happen as they’d come to think it would. And they were made fools of while the truths of Bible prophecy were made to look false because of their misguided pronouncements. I made a video about some things like this called “Famous Failures of Prophetic Interpretation.” However, common sense will tell you that simply because someone has falsely called “Wolf, Wolf!” and been proven wrong, certainly that doesn’t mean there are no such things as wolves. And if you know the end of that little story, eventually there did turn up a wolf when the people had come to no longer believe because of the false cries of “Wolf!” that they’d heard for so long. And the wolf had his way because the people, calloused and hardened in unbelief, didn’t take heed when the real wolf appeared among them.

Are we there yet? Where are we? 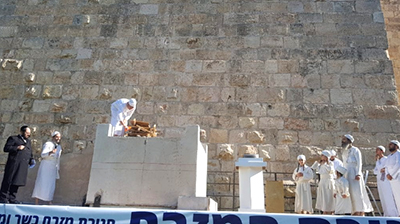 In the videos I’ve done on this subject, mainly based around the prophecies of Daniel, I’ve tried to keep to the most explicit, definite things that Scripture points out will happen in the last years of this age.

Personally, one of the things that I watch most closely is the possible rebuilding of a Jewish temple in Jerusalem , “the third temple” as it’s called. I believe that a temple like that, and subsequent animal sacrifices there, will be one of the most significant and definite signs that the final months and years before the second coming of Christ will have definitely started.

And you ask, “How’s it going with that?” Well, it’s surprisingly very far along. You could do a Google search on “The third temple” or “The Temple Institute” to discover how much work has already been done towards this in modern Israel. There are even reports of some who’ve begun to offer animal sacrifices again there. However, I don’t think that it’s yet fulfilled what is spoken about this in Scripture.

But now there are also many other things. Jesus told His disciples, “And this gospel of the kingdom shall be preached in all the world for a witness to all nations. Then shall the end come.” (Matthew 24:14) Certainly for 18 or 19 centuries that verse had not been fulfilled. Just as certainly, now in the last 30 to 100 years it has been.

And other verses about the final days are also becoming more and more relevant. Jesus said, “There shall be famines and pestilences and earthquakes in diverse places” (Mathew 24:7). The problem I’ve always had with these verses is that it’s very easy for skeptics to just say, “Yes, but that has always been happening”. And of course in some ways they’re right.

It’s just that in our times, right now, there really are a lot of things going on. It remains to be seen how this current crisis with the Corona virus will go. Some say it will all just blow over and we’ll go back to business as usual. But many in the scientific community are saying that it’s just about time to call it a worldwide pandemic and to prepare accordingly. Already, at the time of the writing of this, substantial changes are happening daily in the economies of nations around the world in response to the Corona virus. 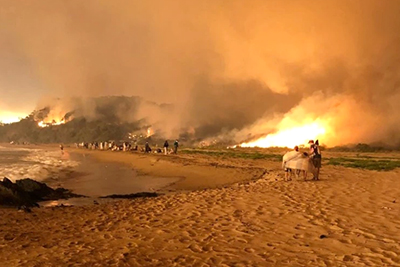 It was just a few weeks or months ago that Australia experienced the worst fires they’ve ever had. At the same time, the unprecedented melting of the permafrost in the Arctic religions is releasing huge amounts of CO2 into the atmosphere, contributing to the climate change that is already a major concern of much of the world.

As you know, I could go on. It is common knowledge that here in America the country is as politically and socially divided as it has been since the Civil War over 160 years ago. Another concern that many parents are only now coming to realize is that there are agendas being relentlessly pursued in most Western nations now to make mandatory indoctrination of elementary school children in the most explicate elements of the “gay” perception of sexuality to be something that parents’ of these children have no legal rights to oppose. This gets almost no news coverage but it is pervasive everywhere and ongoing. 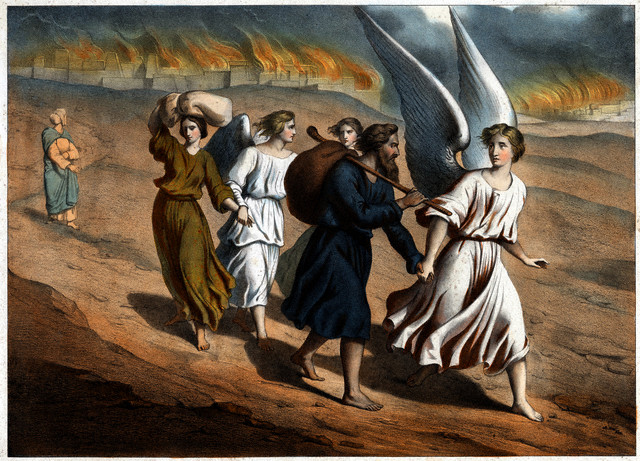 This would also tend to fulfill another of the things that Jesus pointed out would be a sign of His imminent return, “As the days of Lot, so shall also the coming of the son of Man be. But the same day that Lot went out of Sodom, it rained fire and brimstone from heaven, and destroyed them all.” (Luke 17:28 & 29) So it would seem that elements of Sodom and Gomorrah are also predicted by the Lord to be a part of the spirit of the times, just before His return.

And to go back to my original question, “Are we there yet?” Recent events have caused me to look again at how I’ve been viewing these things. I’ve always expected that there would need to be some kind of major international economic/social crash or war to bring on conditions that would be ripe for the final days of the endtime. But there are just many increasing earmarks on every side that certainly look like the things I was expecting to see many years ago. It all very much bears watching closely, as well as being prepared for, both spiritually as well as physically.