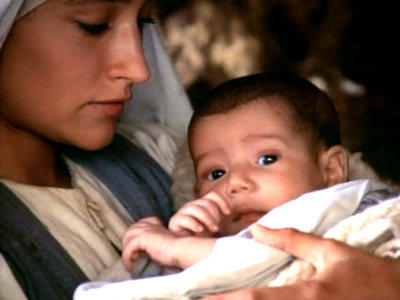 No other event from 2000 years ago holds the attention of the world like Christmas and the birth of Jesus does. On the other hand, some might say of Christmas, “Not again!”. Or their words might be, “Some unwed teenager has a baby in some shed and we all go crazy!”

But I can tell you one element that’s almost always left out about the story of Christmas which originally was virtually paramount to those who first heard it in the time of ancient Israel. “What’s that?” you ask? Here’s what: Christmas. Was. Prophesied! It’s that important and now virtually unknown. I’ll attempt to explain. 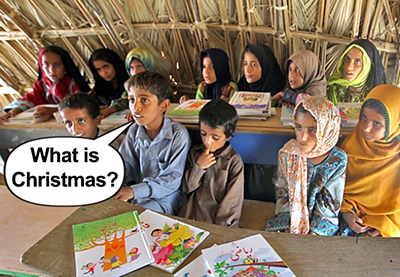 As much as some castigate Christmas, it’s helped make it so that the events of Jesus’ birth are known far and wide and are celebrated yearly, as they have been for 2000 years. People all over the world, Christian or otherwise, often know that Jesus was born in Bethlehem. You may be a kid in Baluchistan or in a yeshiva in Brooklyn. But if you ask your teacher, “What’s this thing about Christmas?”, they’ll probably be able to tell you what Christmas is.

But almost no one knows why it matters that Jesus was born in Bethlehem, much less the circumstances of His mother, Mary. And that’s because fulfilled Biblical prophecy has become one of the unknown phenomenon of our enlightened times. Has there been a conspiracy or intentional cover-up to remove Bible prophecy from our knowledge? I don’t think it’s actually that. Nevertheless the plain fulfillment of prophecy is one of the greatest proofs of a supernatural God who has a plan for mankind and is steering events toward an ultimate showdown between Light and Darkness.

“Great, Mark; so what was prophesied about Christmas?” 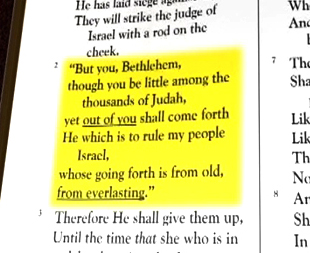 First, Bethlehem itself was predicted specifically by God through the mouth of the prophet Micah to be the birthplace of the coming King of the Jews, over 700 years before Jesus’ birth. It says in Micah 5:2, (God speaking to the town of Bethlehem), “But you Bethlehem, though you be small among the thousands of Judah, yet out of you shall come forth the one who is to be ruler in Israel, whose going forth is from old, from everlasting.”

The Jews of Jesus’ time knew exactly what this meant and even used it to try to prove Jesus was not the Messiah. Jesus was born in Bethlehem but grew up in Nazareth. So the unbelieving Jews knew Jesus was from Nazareth and said, “Has not Scripture said that Christ shall come from the seed of David and out of the town of Bethlehem, where David was?” (John 7:42) But Christ did come from the town of Bethlehem; He was born there although he grew up in Nazareth. I guess those folks who were trying to use this against Him hadn’t done their research.

What does that mean about “the seed of David and the town of Bethlehem, where David was”? Again, it was majorly significant to people 2000 years ago, but virtually not at all to us now. 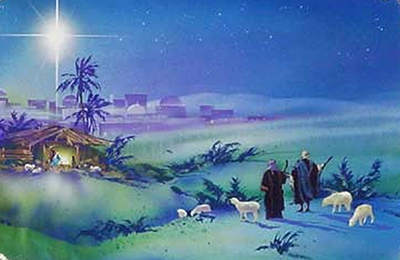 The Messiah to come for the Jews  was to be a direct descendant of King David, Israel’s greatest king. And, like we’ve read, the Messiah was to be from Bethlehem. Now, 2000 years later, folks still know Jesus was born in Bethlehem. But the significance of this has been erased from the story.

It was prophesied, foretold and every Israeli at that time knew it! They also knew the Messiah was to be a descendant of King David. Was Jesus a physical descendant of David? Absolutely. The Gospel of Luke, verses 3:23 to 38, traces the lineage of “the Virgin Mary” directly back to King David.

And what about that “Virgin Mary” thing? Please, humor me here but… It. Was. Prophesied! It was prophesied of the Messiah to come that He would be born of a virgin. Isaiah 7:14 says, “The Lord himself shall give you a sign; behold, a virgin shall conceive, and bear a son, and shall call his name Emmanuel.” And Emmanuel means “God with us.” (Matthew 1:23)

The Messiah that every Jew back then looked for would be born in Bethlehem, born of the linage of David and born of a virgin. 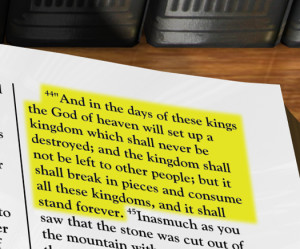 That’s why Christmas is so important, because Jesus was not some ordinary little baby born to an unmarried teen. He was and is the Messiah promised to Israel.

There’s more. The Roman world of that day knew already that a King was about to be born to the Jews because the knowledge of the prophecies of Daniel was known to some degree throughout the world of that day. In ancient Roman writings can be found places where they knew that Rome was “the fourth kingdom” (Daniel 2:40 & 7:23) and that at that time God would “set up a kingdom that would never be destroyed”. (Daniel 2:44)

If your Christmas has been whittled down to some quick meal like at a fast food joint, if the ingredient of fulfilled prophecy has been eliminated from your spiritual meal, then you surely aren’t getting what was originally there. I just get incensed at how spiritually weak, depleted and malnourished the people of this world have become because they’ve lost the knowledge of God’s mighty power and willingness to foretell the key events of our existence and future here in this world. Christmas was not only a historical event; it was one of the most prophesied events in the history of mankind. But that’s been virtually lost to us.

I hope you have a merry Christmas. But I also hope you “grow in grace and knowledge” (II Peter 3:18)  and are “strengthened in the inner man” (Ephesians 3:16) by the power of the truth and Word of God, so much of which is so distant and foreign to the vast majority of those of us in these times. God help us all! Merry Christmas.