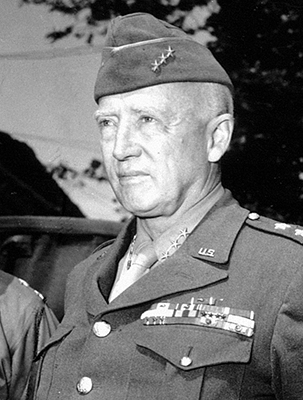 Patton said plainly to all that Allied western forces should just keep rolling on from Germany and immediately drive straight at Moscow to defeat Russian Communism while they could. Patton saw Communism to be a great threat to the rest of the world. Of course he was overruled and considered almost crazy at the time. But, looking back, we can wonder.

It was clear to Patton that the threat from the Left was just as grim as the threat from the Right had been. And perhaps we’re facing a very similar moment in our times. Many are sickened and exasperated by the leadership of the USA since 2016. People of all stripes and persuasions have been aghast and heartsick because of the utter lack of empathy or competence the US president has shown, as well as his lack of response to the Covid 19 crisis. Many Americans across the political spectrum have come to feel that this man and his regime have to go. But then what? The conservative, right wing in America has given us the president we’ve had for the last 4 years. But can we turn to the liberal party of the left? Pardon me but it’s like we have two choices. “Do you want the red devils or the blue devils?” Not dissimilar to what seemed to be the choice facing the world of the 1930’s and 1940’s.

The Democratic Party now is not the party of John Kennedy or Martin Luther King, any more than the Republicans are still the party of Ronald Reagan. Maybe you haven’t been looking but the Democrats, who may end up winning the election here in 4 months, are exceptionally divided between traditional Democratic views, which triumphed the cause of the common man and workers’ rights, and the so-called “Progressives” who, when you scrap the veneer, are actually neo-Marxists in every way.

So people of our times are really stuck between the devil and the deep blue sea. Like Patton saw, there are serious and existential threats from both the Right and the Left, just as it was in earlier times between Nazism on the one hand and Communism on the left.

Solution? I’m not sure there is one. But some famous words of Jesus came to me this morning, “Strengthen the things that remain.” (Revelation 3:2) I have to be honest; I don’t know how much I hold to the idea of praying for God to save America. Maybe He will. It’s like the Australians are known to say, “She’ll come round, mate.” Meaning, “It’ll all work out somehow and stabilize.” Maybe it will; it has at other times when things have been rough.

But also in history there have been innumerable times when it didn’t come round. It finally collapsed and often, looking back, people could see that it was the hand of God, finally withdrawing His protection and allowing the sins of the people and nation to finally get the best of them. Their cup of iniquity was full and collapse came. 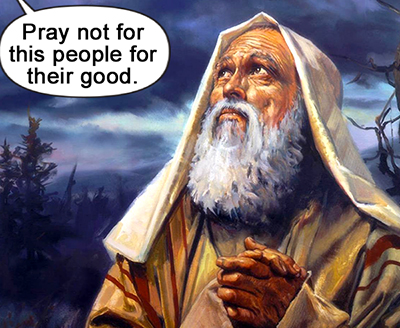 God even told the prophet Jeremiah, just before the collapse of his nation around 600 years before Jesus, “Pray not for this people for their good.” (Jeremiah 14:11) In God’s eyes, it had come time for His judgments on Israel and they were taken captive by Babylon shortly afterwards. That may be where the USA has come to now, in spite of the fact that there are still many sincere Christians here.

But it’s always good council to “strengthen the things that remain”. Even now, maybe it’s like the council another prophet of Israel gave a few years after the times of Jeremiah to the king of Babylon, where the Jews had been driven to. Daniel told Nebuchadnezzar, when God had told the king that judgment was coming on him, “O king break from your sins by righteousness and your injustice by showing mercy to the poor; if it may be a lengthening of your peaceful times.” (Daniel 4:27) The Democrats in America have traditionally been the party that has stood up for the poor and, my gosh, the poor and middle classes here sure need help now, “red and yellow, black and white.”

But if he gets elected, Biden’s greatest threat won’t be the Republicans. It will be from the neo-Marxists of the left wing of his own party who could work as Lenin and the Bolsheviks did in Moscow after the fall of the Russian Czar. The more moderate Mensheviks were initially leading the changes in 1917, after the fall of the Romanov dynasty. But the moderates and democrats were swept aside by Lenin and the Bolsheviks. And from there, the horrors of the reality of atheist Communism gripped hundreds of millions people over the next 70 years.

As for me and those I fellowship with, we’re going to keep serving the Lord. If those in America still holding on to the principles that existed even 20 or 30 years ago would/could band together and “strengthen the things that remain”, maybe America could weather this storm upon it now. I’m pessimistic but then again, perhaps the Australians are right, “She’ll come round, mate.”  One way or the other, I’m going to be holding on to the Lord and His calling and His will in this time. But I am a little concerned that we may be in for a very rough ride and unprecedented times over the next few months. Lord help us all.