Home » Basic Christianity » How “the End” may begin (Part 1) Some of my friends feel it’s ludicrous and in very poor taste to talk about anything having to do with “the end”. They feel it smacks of religious insanity. I have other friends who are ardent students of Bible prophecy and followers of current events. Some of them are preparing for a breakdown of society on perhaps a worldwide level. They feel I’m not alarmed enough at the signs they see that the very Last Days are now upon us.  I’ll try to address this subject of how “the end” may begin without probably satisfying either edge of that spectrum of my friends’ views. 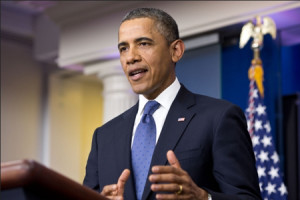 At a Bible study recently I was asked what I saw happening in the world on the short term and how it all fits into the final endtime picture that we see in Scripture. This is a huge subject. There are oodles of people writing their opinions on how we’re already utterly within the very words of the book of Revelation. They say the Antichrist of Scriptures is President Obama. Or that the current Pope is the embodiment of Lucifer. Or that the President of Turkey is. [These are not things I say or feel but it’s easy to see where many others are saying things like this.]

What could I add to any of this? While I believe in the return of Jesus and I believe we’re already in “the last days” in many ways, I don’t feel I can identify the Antichrist of Daniel and Revelation in the headlines we read today. But perhaps a look at earlier figures in history who were strong forerunners of the ultimate Antichrist could give us some idea of how the final one will arise.

In trying to answer my friends at the Bible study about how “the end” could begin, I told them how two forerunner, prototypes of the final Antichrist came to power in their day. Perhaps the greatest antichrist in modern history was Adolf Hitler. Another was Napoleon Bonaparte. Joseph Stalin could be added to the list. (And hopefully my German, French and Russian friends will find no reason to be offended in any of this.)

What conditions preceded the rise of those 3 men who came to dominate so utterly their people and even the world of their times in many ways? One common condition these earlier antichrists arose in was the extreme instability of their times. Their countries had already been in a period of prolonged chaos, leaderless and rudderless. There was a vast vacuum, an emptiness of certainty and direction; people were starving literally, desperate to find a way out of the morass their nations had fallen into. When things are generally sailing along and all’s well for many if not most, you don’t usually see Antichrist-like figures taking over. 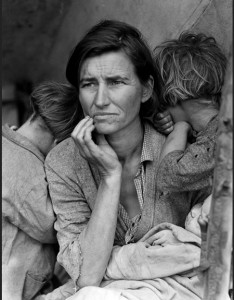 So I told my friends at the Bible study that I personally feel we won’t really see the final events of the endtime as long as the overall stability of the national and world order is intact. Some will say that things are very bad now, lots of folks say that. But a background of history will show that the way things are at the moment is not nearly as bad as how things have been at times, even in the last 100 years. The Great Depression of the 1930’s was virtually world-wide and was very serious stuff; what we have today is not to be compared to that. The Ukrainian famine, the “Holodomor” of the 1930’s was so bad, with 1 to 3 million people starving to death, that many Ukrainians at that time welcomed in the Nazis, believing that they would be saved that way. World War I, World War II and other such events make our times today look like the Easter Parade.

But what could begin the end? Societal collapse, internationally. Economic collapse, worldwide. Prolonged martial law, virtually everywhere. Vast international financial ruin. I believe that for a real “New World Order” to arise, it will not happen by evolution, osmosis or from the major international leaders we see on the scene at the moment.

I expect that a time of social disorder, most likely on an international scale, will make it so that the peoples of the world will willingly accept some form of dictatorship, just to stop the anarchy and chaos that the world will have descended into. This has happened many times before. 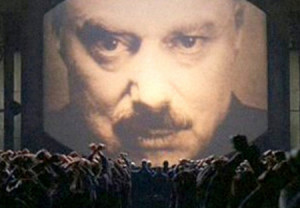 So many here complain about the government. But times will come when there will be a cry out for some form of strong government to protect the masses from roving bands, gangs and the loss of ever vestige of civilization that we now enjoy. This is the atmosphere in which ones like Hitler and Napoleon arose in. And I feel that it will take something like that to set the stage and provide the atmosphere within which the final Antichrist will be able to seem to be the savior of the world, bringing back civilization from the chaos it will have descended to.